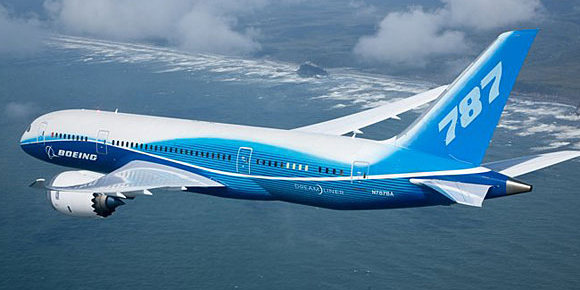 With all of the debates going on about whether or not passengers should be allowed to use their mobile devices during a flight, Boeing has just decided to bypass that altogether and start prepping its biggest planes for cell phone use, allowing passengers the opportunity to make phone calls during a flight.

Boeing’s flagship aircraft, the 747-8, as well as the 777 and its newest 787 Dreamliner will be equipped with the tools needed to be able to easily connect phone calls 30,000 feet in the sky. They plan to have this done sometime in 2013. They also want to equip these planes with Wi-Fi, live television, internet access, and wireless streaming media (by 2014). Plus, all of this could potentially run off of Android.

However, it isn’t exactly up to the airlines whether or not they allow passengers to use cell phones during a flight — that will be up to the government. In the US, mobile phone usage is currently banned by the Federal Aviation Administration, and they’ve unfortunately given no indication that they plan on lifting that ban.

Hopefully, Boeing will move on to equipping all their planes in the future, and that other aircraft manufacturers will get the memo, including Airbus and Embraer. For now, Boeing shouldn’t be in any kind of hurry, since adding mobile phone capabilities to their planes will be pretty much useless until the FAA says otherwise.