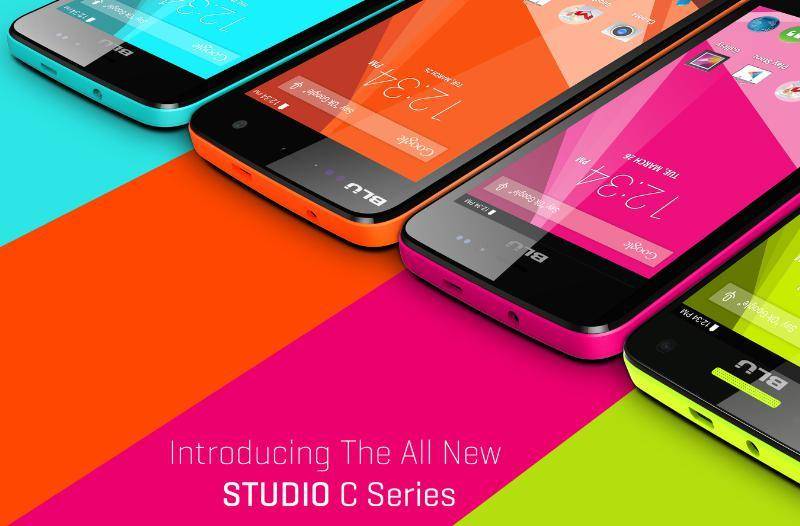 BLU Products is at it again. The US-based maker of unlocked smartphones is debuting some new devices and it isn’t content with just one or two. It’s new “Studio C” smartphone series is composed of four, yes, four, smartphones that all have three things in common: they’re mid-range, dirt cheap and extremely colorful. Oh, and they fortunately all run Android 4.4 KitKat.

The four smartphones can be grouped into two based on their processors. At the top, you have the Studio 5.0 C HD and the Studio C Mini, both running on the same 1.3 GHz quad-core MediaTek MT6582 CPU. As you can probably guess, the Studio 5.0 C HD stands still higher. And larger. It has a 5.0-inch display that manages to reach at least a resolution of 1080×720 pixels. It has 1 GB of RAM but only 4 GB of storage. An 8 megapixel camera decks the rear while a 2 megapixel one is located at the front.

The Studio C Mini is indeed smaller and weaker with only 512 MB of RAM and a 4.7-inch 800×480 display. It has the same internal storage of 4 GB as the 5.0 C HD and, like its bigger sibling, it has a slot for a microSD card up to 64 GB in capacity. The camera at the back only has 5 megapixels, but the front-facing shooter is at the same 2 megapixels.

Going down further we get to the other pair, the Studio 5.0 C and the Studio 5.0 CE, both running on a 1.3 GHz dual, not quad, core MediaTek CPU and limited to only 512 MB of RAM, Clearly the lower range of the series. That said the 5.0-inch display on both devices sports the exact same 854×480, a bit higher than the C Mini. Storage is also capped at 4 GB with a microSD card slot, but this time limited only to 32 GB max. Both have front VGA cameras but the Studio 5.0 C has a slightly higher 5 megapixel shooter while the 5.0 CE only has 3.2. Aside from these the most striking difference between the two is that the BLU Studio 5.0 CE doesn’t have any 3G support, while all the rest of the family have. Unsurprisingly, no 4G LTE on any of the four.

Confused by all the details? The table below lays out all the features of the four Studio C series smartphones. 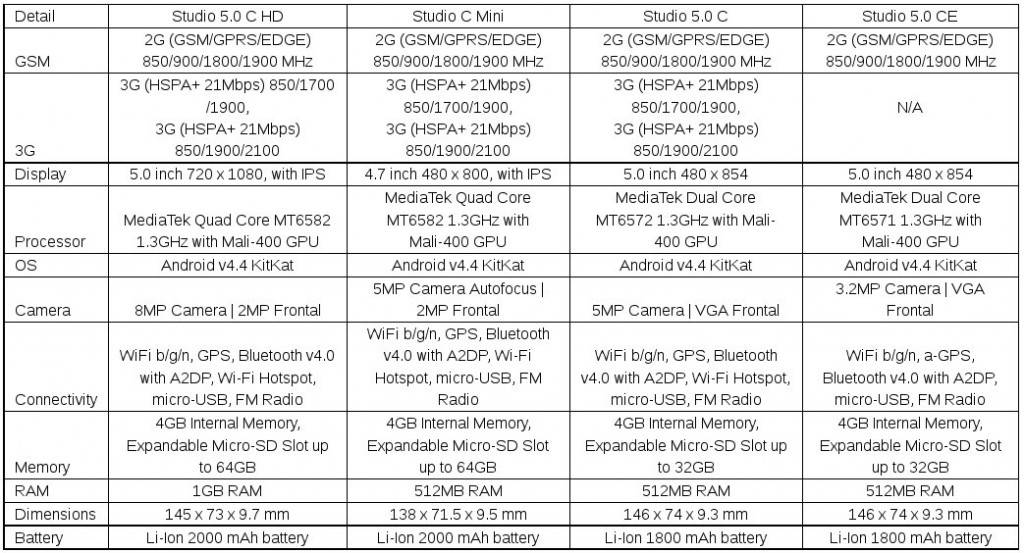