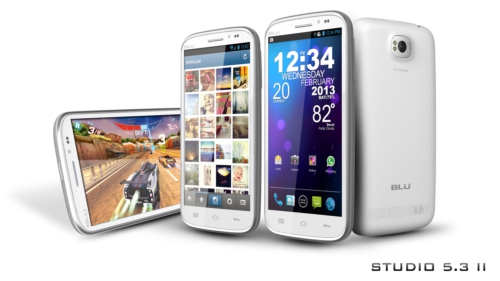 BLU Products has officially begun shipping a pair of Android smartphones in the US market. The devices include the BLU Studio 5.3 II and the BLU Tank 4.5. These handsets are both available unlocked and with sub-$200 price points. Well, more accurately — they are both priced at a contract-free $199. Those considering a purchase will be able to do so direct with BLU Products as well as with other online retailers.

Kicking things off with the BLU Studio 5.3 II. As the name would imply, this device is sporting a 5.3-inch display. In this case the display is IPS with a qHD resolution of 540 x 960 and a pixel density of 208ppi. Other specs for the Studio 5.3 II include 4GB of internal storage, a microSD card slot, 2200 mAh battery, 2.0 megapixel front-facing camera and 8 megapixel rear-facing camera with auto-focus, LED flash and 720p HD video recording. 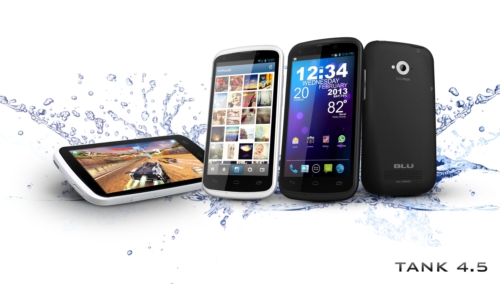 Moving over to the BLU Tank 4.5 and the features once again come in with the name. Those looking towards the Tank 4.5 can expect to find a 4.5-inch qHD (540 x 960) IPS display with a pixel density of 245ppi and a rugged exterior. The Tank 4.5 has the IP67 certification which means that it is dust- and sand-proof as well as water-resistant in up to one meter of water for up to 30 minutes. Being rugged aside, the Tank 4.5 also has 4GB of internal storage, a microSD card slot, 1760 mAh battery, front-facing camera and 5 megapixel rear-facing camera with LED flash.

Features shared across both devices include Android 4.1 Jelly Bean, dual SIM support, a dual-core 1GHz Cortex A9 processor with PowerVR SGX Series 5 graphics and connectivity for GSM Quad Band 850/900/1800/1900 and HSDPA 850/1900. While certainly not having over-the-top specs, these do seem attractive at the $199 price point.