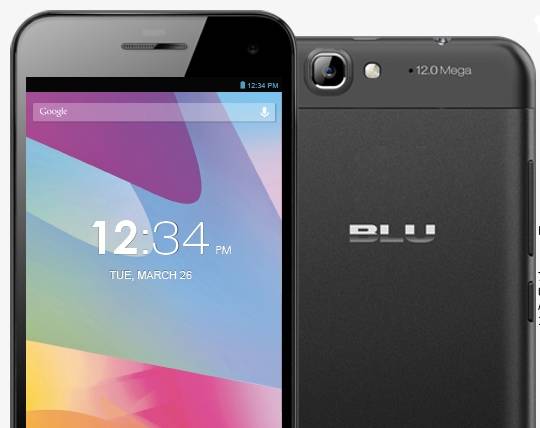 BLU Products has introduced their latest smartphone today, the Life Pro. This handset is running Android 4.2 Jelly Bean and sporting a 5-inch HD display. It is also one that BLU Products is touting as being the world’s thinnest 5-inch HD smartphone. To that point, the handset is 6.98mm thick, or roughly, the size of a pencil.

As far as the display, that sports a resolution of 1280 x 720 with a ppi of 293. The Life Pro is powered by a quad-core 1.5GHz processor which is paired with 1GB of RAM and a PowerVR SGX554 GPU for graphics. The handset also has 16GB of internal storage space, a 2500 mAh battery and 12 megapixel rear-facing camera. Unlike some of the earlier BLU Products models, the Life Pro doesn’t have a microSD card slot.

The remaining measurements for the Life Pro include 147 x 72.1mm and those sit with a weight of 165 grams. The handset has support for HSPA+ 42Mbps and the following for 3G bands; 850/1900 and/or 850/2100 depending on market. Otherwise, along with the rear-facing camera, the handset also has a 5 megapixel front-facing camera.

Aside from the newly introduced Life Pro, BLU Products has a few others sitting in the “Life” series of devices. Those others include the View, Play and One and they are all running Android 4.2 Jelly Bean. The display sizes vary across the lineup, however they are all 1280 x 720 in resolution. The View, Play and One displays measure in at 5.7, 4.7 and 5.0 respectively.

Another difference between the Life Pro and the other devices in the Life series — the processor. The others all feature a quad-core 1.2GHz Cortex A7 while the Life Pro bumps things up to 1.5GHz. Otherwise, they all share 1GB of RAM and two of those other three also have the same amount of internal storage space, 16GB.

BLU Products has said the Life Pro will be available by way of retailers to include Amazon. The handset should be available shortly and will be priced at $299.