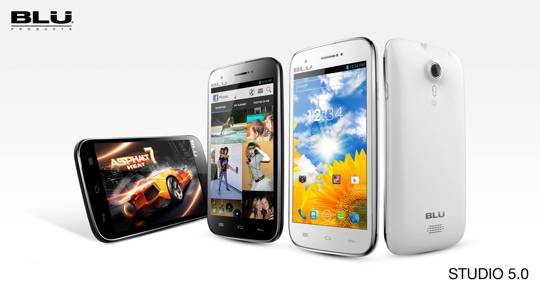 BLU Products has announced the latest expansion to their Studio series of handsets. This expansion brings a focus of increased display size and includes three devices; Studio 5.0, Studio 5.0 S and Studio 5.3 S. As implied by the names, all three handsets will have displays that are 5-inches or larger. These devices will also bring dual-SIM support and will be available unlocked.

Kicking things off with the Studio 5.0 (pictured above) and you will find a handset with an 800 x 480 display and powered by a dual-core 1GHz processor. Other specs for the Studio 5.0 include 512MB of RAM, 4GB of internal storage, a microSD card slot, VGA quality megapixel front-facing camera and a 5 megapixel rear-facing camera. This handset will bring a price point that fits the specs. The Studio 5.0 will be available for $149. 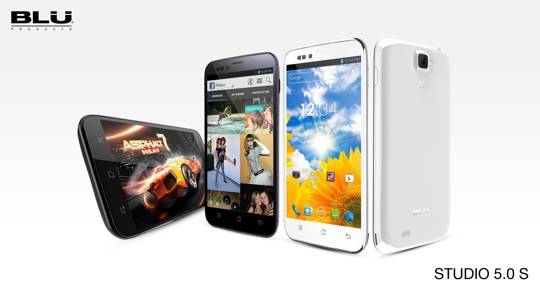 These two devices are powered by a quad-core 1.2GHz Qualcomm S4 processor and have Adreno 203 graphics with 1GB of RAM, 4GB of internal storage, a microSD card slot, 2 megapixel front-facing camera and an 8 megapixel rear-facing camera. The Studio 5.0 S and the 5.3 S will be priced at $209 and $229 respectively. 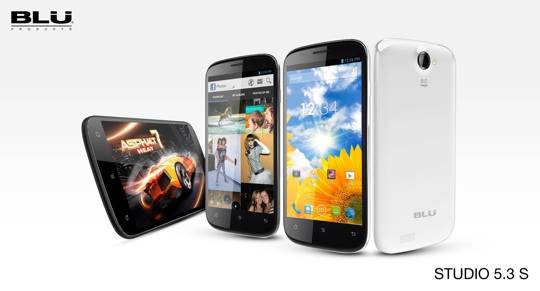 BLU Products are also touting the Studio “S” Line as being “sleek” and offering an “unmatched premium build quality.” The Studio 5.0 S measures in at 8.9mm while the Studio 5.3 S will be slightly thicker at 9.2mm. Otherwise, all three models will bring HSDPA 3G connectivity and arrive running Android 4.1 Jelly Bean. They will all be available online by way of several retailers including Amazon and they are expected to begin shipping this week.