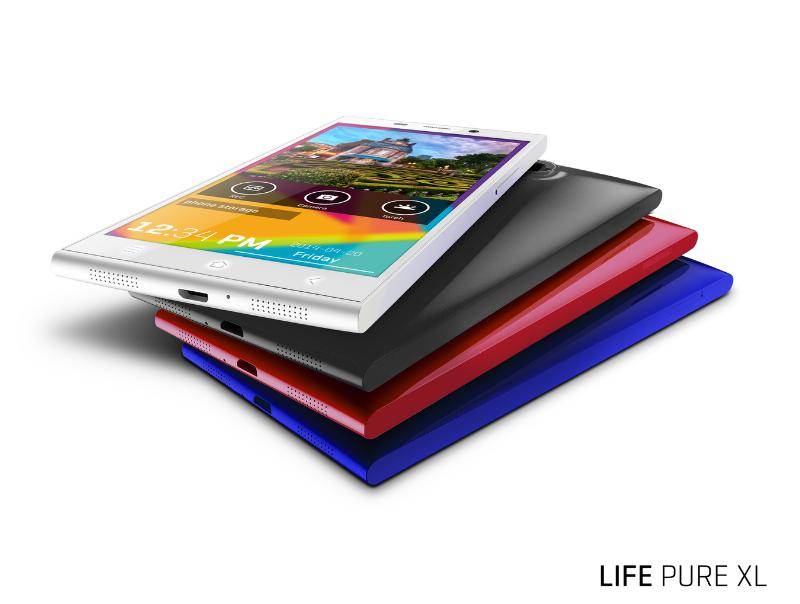 It seems that BLU Products is on a roll. After revealing two devices in April, the smartphone maker is starting May with its latest flagship, the BLU Life Pure XL, which, admittedly, represents quite an improvement over last year’s Life Pure.

BLU has almost gone all out on the phablet this time, but has still tried to keep the prices a notch lower than mainstream brands. BLU Life Pure XL tries to claim how its cameras are better by playing the “not everything is about megapixels” card. It is, of course, still about pixels, so while the smartphone does have a large-ish 16 megapixel rear camera, that one boasts of smaller pixel sizes, 1.34 microns to be exact, and a 1/2.3-inch sensor size, promising to match the quality of higher megapixel smartphone cameras. The front shooter, however, is all about megapixels, with an 8 megapixel camera at 1.4 micron pixels. Selfies couldn’t get any better. 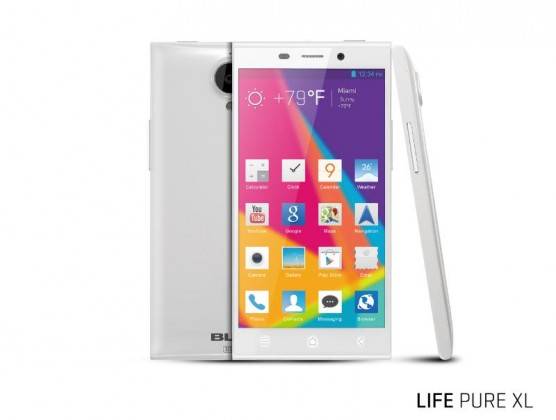 Those who have been disappointed with BLU’s choice of processors will be pleased to know that the Life Pure XL sports a quad-core Qualcomm Snapdragon 800. It might not be the fastest or the latest generation, but it definitely blows the Life Pure’s 1.5 Ghz quad-core MediaTek chip out of the water. Two memory configurations are available, one with 3 GB of RAM and 32 of internal storage, and a cheaper version with 2 GB and 16 GB only. The display is a 5.5-inch 1080p display made by Japan Display Inc. Yes, the very same guys who likes pushing the pixel limits of mobile screens. Those who hunger for data might be a bit disappointed that the BLU Life Pure XL doesn’t support 4G networks. It also comes with Android 4.2 out of the box, but BLU notes that it will be upgradable to Android 4.4. The battery clocks at 2,500 mAh. It is equally disheartening to find out that the battery is non-removable and that there is no slot for memory expansion. 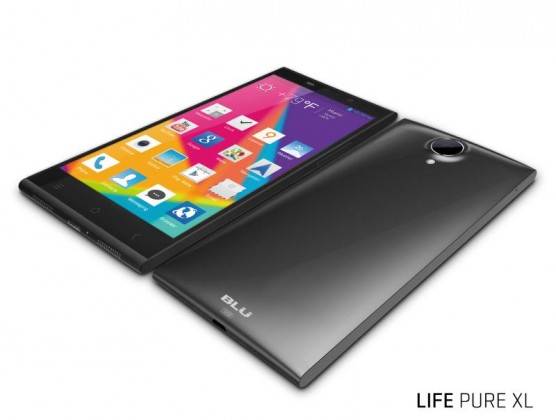 There are various availability dates and prices for the Life Pure XL, so better take note if you’re interested in purchasing one from Amazon. The 3 GB/32 GB combo will cost $399 and will come in Black starting May 2 and White from May 9 onwards. The 2 GB/16 GB configuration won’t be coming until June and will have a price tag of $349. Around that time as well, BLU Products will be making available two new color options of Royal Blue and Glimmer Pink.