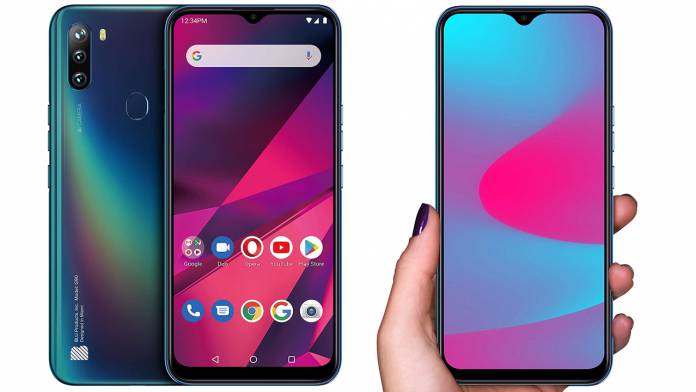 American company BLU Products designs and manufactures mobile phones that are not tied to a contract with a network provider and are for the budget takers. You may probably remember the BLU G9 launched last year – now the affordable smartphone brand has introduced the successor to the G9 and it’s called the BLU G90. The phone is going to retail for a very competitive $149.99 tag, and even better, it is up for grabs on Amazon for $50 discount.

The new entrant brings a host of improvement over its predecessor that starts with a much bigger 6.5-inch HD+ Infinity display having 89% screen-to-body ratio and MediaTek Helio A25 processor with Octa-Core ARM Cortex-A53 CPU under it. The phone comes with 4GB of RAM and 64GB of internal storage, which is expandable via microSD card. Interestingly, the BLU G90 runs Android 10 out of the box.

For the optics, BLU has packed its latest offering with a triple camera setup on the back – a 16MP primary camera, 8MP ultra-wide lens, and a 2MP depth sensor. On the front is a waterdrop notch for a 13-megapixel selfie camera boasting AI-enhanced portrait and beautification features.