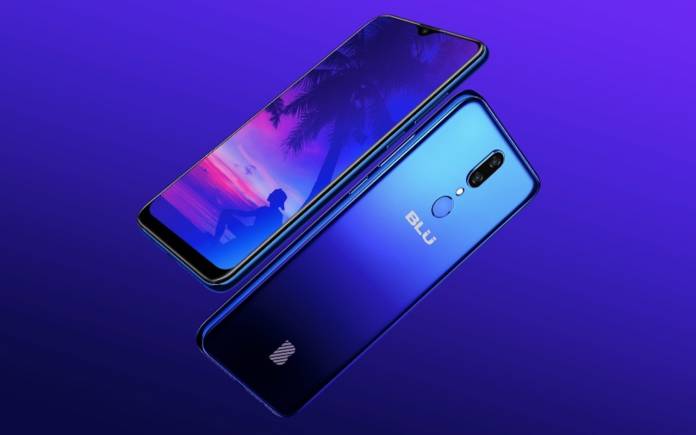 BLU Products has been silent for a while. The last update we featured was the BLU VIVO XI+ Android 9 Pie beta version being served. Now the Chinese OEM has proudly shown off the BLU G9, ready with a large screen and a big battery. It’s not a premium flagship smartphone as the price doesn’t go above $200. The device will come unlocked which means you can use it with any SIM from any GSM network. Blu Products knows how to make affordable smartphones that sell and we have no doubt the G9 is any different.

The entry-level Android phone is good enough if you’re looking for a new or secondary phone. We suggest you get the Blu G9 because of the powerful 4000mAh battery that can last all day. The big 6.3-inch screen is great for watching your favorite videos, movies, and TV series.

BLU G9 comes with a V-shaped notch that houses the selfie camera. Other specs include 4GB of RAM, 64GB built-in storage, microSD card slot for memory expansion (up to 128GB only), a 2.0GHz octa-core chipset, dual rear 13MP and 2MP cameras, and a 13MP selfie camera with AI.

The Blu G9 can work with T-Mobile and AT&T in the US. It is now available on Amazon for only $130 for a limited time. Retail price is $180 so the Amazon offer is more than enough.

The Blu G9 runs on Android 9.0 Pie out of the box. It’s a low-cost smartphone but Pie delivers artificial intelligence. The device gets faster and smarter every time as it adapts to your behaviors and preferences as you use the phone.

Android 9 delivers the usual Pie improvements such as App Actions that remembers what you do. We can also expect Slices, Digital Wellbeing, new gesture navigation, new screenshot shortcut, Adaptive Battery and Brightness, and new accessibility menu among others.