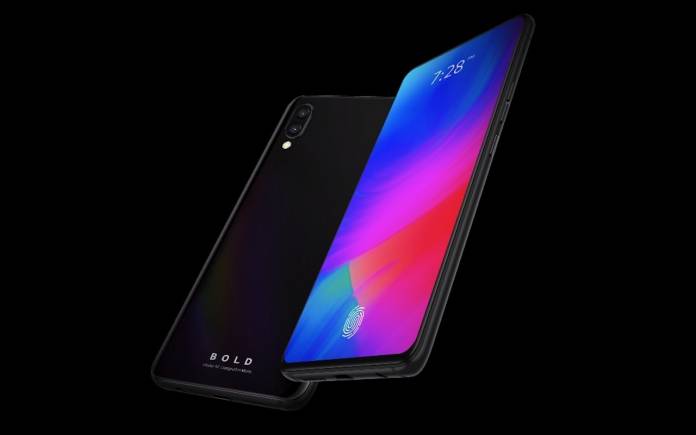 BLU Products wants us to ‘live on the edge’ with its new phone offering. After introducing the BLU VIVO X5 and VIVO XL5 and making the BLU G9 Pro ready with an AI triple camera system, here is the American phone maker with the BLU BOLD N1. It’s really bold of Blu to release a new one only a few days after two phones were unveiled. The new BLU Bold N1 does away with the notch in favor of a pop-up selfie camera.

The BLU Bold N1 is another budget to mid-range phone at only $200. BOLD is really more of a new sub-brand so we’ll just call this as Bold N1. BLU seems to be serious in making it bigger and one way to do that is to launch a new brand.

The Bold N1 comes equipped with a large 6.4-inch AMOLED screen with 1080 x 2340 pixel resolution. There is no punch hole nor notch–just a pop-up front-facing 13MP shooter with 1/4″ sensor, f/2.0 aperture, and a wide-angle mode.

The camera setup includes a 16MP rear cam with f/1.8 aperture and a Sony IMX499 1/2.8″ sensor. The secondary camera is a 5MP depth sensor with LED flash. You can also take advantage of the Night Mode and 30x digital zoom. Video recording can be done at 30fps in 1080p.

Bold N1 is almost premium with some of the specs. The dual rear camera system allows high-quality photos while the 3500mAh battery allows a decent battery life. The phone comes with 128GB onboard storage (expandable) and runs on 4GB of RAM and a MediaTek Helio P70 processor.

The battery can be charged with 18W Ultra Quick Charge tech with USB-C. It also offers wireless charging with an extra brick. The phone runs on Android 9 Pie but we can expect it will be updated to Android 10 once ready plus the promise of security updates for two years.