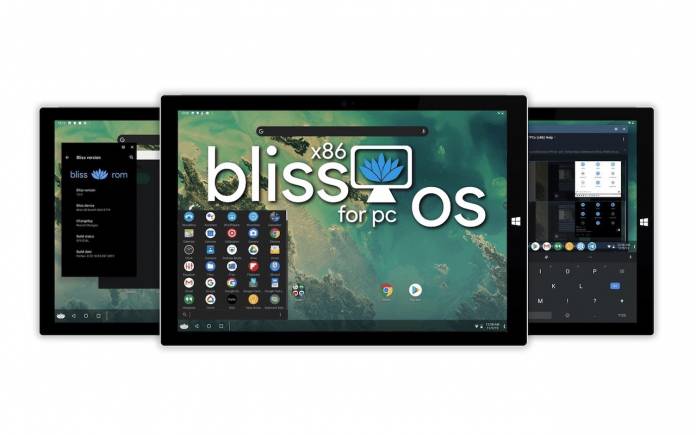 In April, the Android 9 Pie-based Bliss OS was made ready for x86 PC. Today, the Android 10 version is available. Bliss-OS for PCs based on Android 10 is good news for those who have been using the Open Source OS. As with the Android 9 version, this one also allows numerous options for customizations. It can be used on most Linux PC, Windows, or Chromebooks released in the last four years. This version also adds several security features for the users’ greater peace of mind.

The Bliss OS developers’ goal has always been to deliver quality OS to the Open Source community. The OS was aimed to run on almost all devices with apps, customizations, and settings being synced. The Bliss OS running across different devices should be showing the same things to the user.

The Bliss OS devs share that ROM porting will be done differently. It will use an adaptation of a patching system to build for x86 devices. This way, it is easier to understand, update, and maintain. Another goal is to make things easier for most people.

The Bliss OS for Android 10 also includes all x86 features. Some have been removed. Only those left were the more important ones for ROM activities.

Bliss OS offers a “Blissful” experience by presenting unique options and more customizations for the whole Android community. Android for PCs is now possible with Bliss OS although we are not sure how many people out there are using it. According to Bliss OS developers, they were inspired by the Android-x86 Project, Project Celadon (Intel), and the Treble methods. More information HERE and HERE.