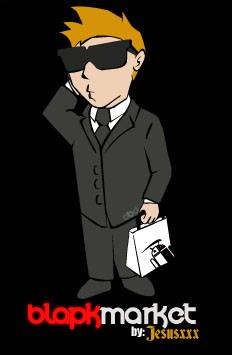 Android app pirating legend Jesusxxx, has received a letter demanding him to shut down his repository of paid apps that he offers for free. This guy for has been providing apps that normally cost money for a total of zero dollars, he has a huge cult following of “cheapskates” that visit his site often.

A lot of developers and companies depend on this money to help support their projects and stuff like this makes them more likely to shy away from developing for platforms that they cant make money on. And this leads to lower percentage of quality apps. The 24 hour test period in the Android Market that allows you to get refunded for an app is viewed as a weakness by most companies. A savvy individual could download an app, copy it and get a refund within 24 hrs. It seems like you can do this over and over with no limit on how many refunds your are allowed in a certain time frame. Some people say you need more than 24 hrs to evaluate an app. But if you get a refund on an app you cannot try out a newer version and refund it, you are stuck with it.

Users from different counties/continents have great difficulty using the Android Market, if they even can. This adds to the segmentation of Android. There are only certain areas that can get some apps on top of the app not being compatible for all versions of Android. Since Google Checkout is not available everywhere there are certain places that are still waiting for paid apps to show up. And this usually leave those users with sub par apps because most of the time paid apps are way better.

To some people, Jesusxxx’s repository serves as a chance for people to test and re-test applications that they have already over-extended their refund policy on. But doing so cost developers money and will likely cause the user get apps from there exclusively. Some people think we need a better refund policy or the option to demo an app for a set amount of time longer than 24 hrs.

How do you feel about this? Do you have any suggestions on how to improve the current system?

WE ARE NOT PROMOTING STEALING APPS, DEVELOPERS DESERVE MONEY FOR THEIR EFFORTS.