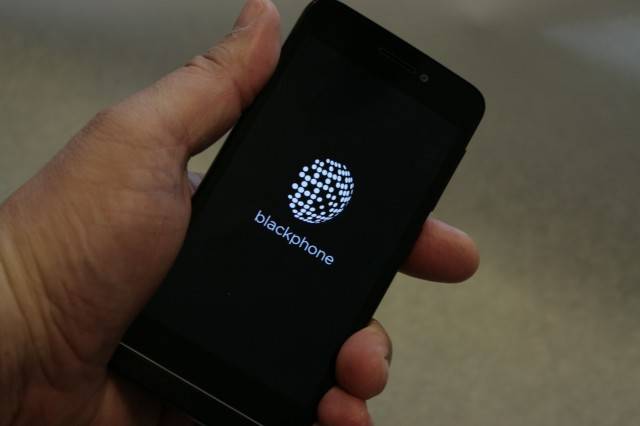 For those who excitedly pre-ordered their secure Blackphone smartphone, they will be shipping out devices sometime this week. While waiting for the retail versions to come out, Ars Technica put out a review of pre-release unit of the device, ending up with pretty much the same conclusion you’d expect from such a device: great security and privacy features but a bit lacking on the end-user side of things.

For all intents and purposes, the Blackphone is a decent mid- to high-end smartphone. A 4.7-inch HD IPS display keeps it handy while 1 GB of RAM and 16 GB of storage has your device running at an acceptable speed and with enough space for files. One peculiar thing about this device is the use of an NVIDIA Tegra 4i CPU, which is quite rare for a smartphone. An 8 megapixel AF camera can be found at the back and a 5 megapixel shooter on the opposite side. In terms of performance in benchmarks, the Blackphone did rather poorly compared to the top flagships today. 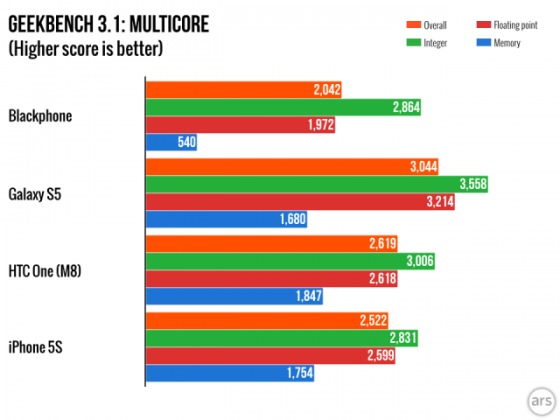 Of course, it would be senseless to judge the device solely on that. The Blackphone’s literal selling factor are the apps and services that are focused on keeping you out of Big Brother’s or any other’s radars. These features would cost you a little under $1,000 if purchased piecemeal, but comes free with the wrapping on the Blackphone, at least for period of time for some of the services. Several of these have already been described in our past coverage but still bears mentioning. Silent Phone and Silent Text allow Blackphone users to not only encrypt messages and calls but also set self-destruct timers on some of them. Security Center is like the removed App Ops feature on steroids, where you can not only disable certain apps from accessing platform features, like preventing Twitter from knowing your location, but also lets you plug in dummy values. The phone also comes with a subscription to Disconnect, a VPN and anonymization service that strips your web search queries off any identifying marks and also strips search results off their cookie content. All these features come with PrivOS or PrivatOS, Blackphone’s custom spin of Android 4.4 KitKat, retrofitted to be more robust, more secure, and more private.

While it may be a security user’s dream come true, it might be somewhat of a nightmare for a regular end user. The device itself isn’t going to win a race, but the user interface was described to still feel a bit raw. Voice and video call quality were spotty at times, and switching wireless networks sometimes required a restart. To put it lightly, it might require a rocket scientist to maneuver through the Blackphone’s special features, though the customers who ended up buying one might actually fall under that category.

The Blackphone will be shipping to pre-order customers in a few days and will soon go on retail. The starting price is at $629, but that flagship price tag does come with benefits. The device is unlocked, so you can use it with any network, provided the unit you receive supports that carrier’s bands. All Blackphone units also come with 2 years’ worth of Silent Text and Silent Phone service, 1 year of Disconnect with a monthly 1 GB data cap, and 2 years of SpiderOak cloud storage.