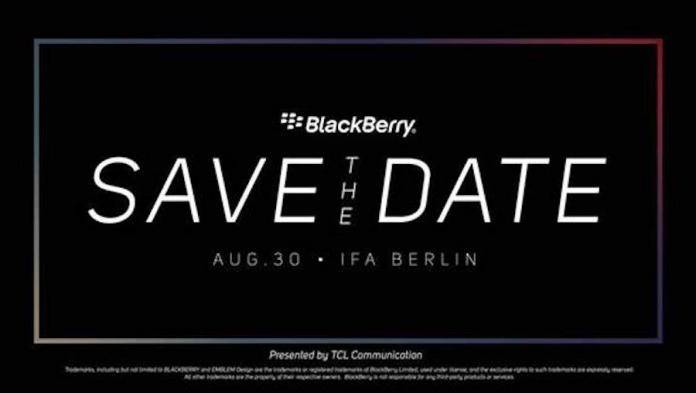 We’ve been talking about the reportedly more affordable version of the Blackberry KEY2, the KEY2 LE and it looks like we’ll be hearing an official announcement soon. Members of the media have received an invite to a press event happening on August 30 at the IFA trade show in Berlin. Unless they have another smartphone up their sleeves that no one knows about, we can expect the KEY2 LE to be announced in the event.

The invite from TCL, which manufactures and distributes Blackberry devices now, simply states that the recipient needs to save the date for August 30, but doesn’t necessarily mention which device will be announced and launched. But since we’ve been hearing leaks and rumors regarding this particular smartphone, it’s safe to assume that this is what we’ll be getting.

The KEY2 LE will reportedly be branded as a more affordable version of the KEY2 which was released just last month. There were those who found the latter a bit too expensive with its price tag of $650 so TCL felt the need to come up with a slightly less powerful but more affordable version. And if you really need a smartphone that has a physical keyboard, then this is something you might consider.

All of this is of course still just speculation, but we’ll find out if these are more or less true by August 31. We’ll also find out if there’s a significant price change that will convince people to get the KEY2 LE as either their main phone or as a secondary device.

Just got a save the date from TCL (BlackBerry licensor). Is this the upcoming Key2 Lite? https://t.co/Q3l8kCCqf8 pic.twitter.com/nwr8sMGUKf