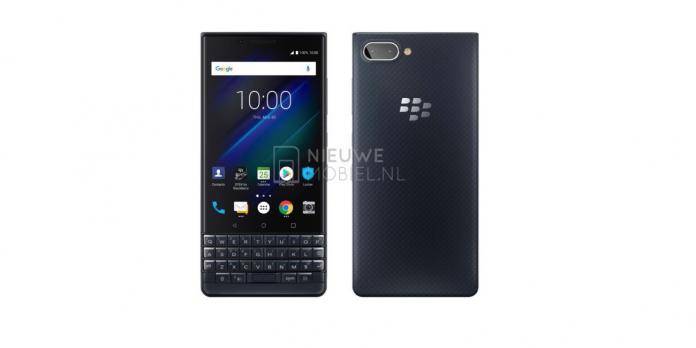 At the upcoming IFA 2018, BlackBerry is believed to be launching the new KEY2 LE. We first heard about it as the BlackBerry KEY2 Lite as a watered-down version of the BlackBerry KEY 2 officially released back in June. The smartphone is a lite variant with lower specs. The more affordable smartphone looks exactly like the flagship variant but with some minor changes including the build material. The BlackBerry KEY 2 Lite will be all plastic instead of metal but will have the same size and same 4.5-inch LCD display with the same 1080 x 1620 resolution.

Here are renders of the BlackBerry Key2 LE we sighted online:

The BlackBerry Key2 LE we see here is set in Blue (or blue back) instead of the black or silver version. Its keyboard won’t be as touch-sensitive.

The fingerprint scanner is still found on the space bar. We’re expecting this one will be unveiled on August 30 during the IFA in Berlin, Germany.