BlackBerry’s next smartphone offering may be the Athena. We’ve been saying it may have a dual camera setup and will still arrive with a keyboard. Looks like there is truth to those things as the BlackBerry Athena was just sight on TENAA with image renders. The next-gen KEYOne may be called officially as the ‘BlackBerry KEY²’ as per a new leak on Weibo. It has the physical QWERTY keyboard that offers the good old clickety-clack typing experience but still with the convenience of a touchscreen display.

A sample photo was shown off on the right side while an image of the phone is the one on the left. 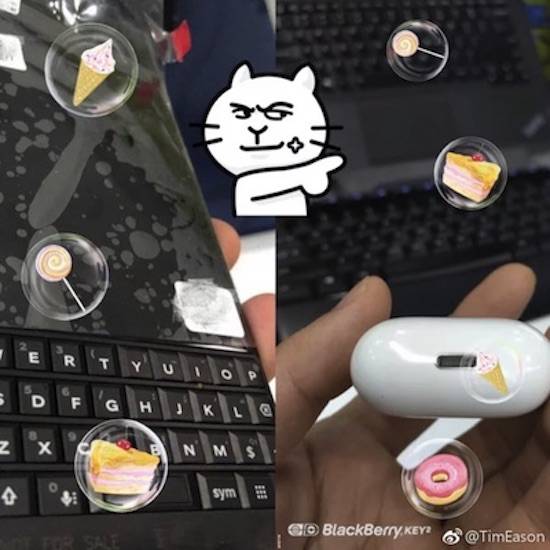 The design looks similar to the original KEYOne at first glance but it’s been improved in many ways. Some features have remained including the spacebar working as a fingerprint reader. The BBF100-4 device spotted on Geekbench before is the BlackBerry Athena as it bears the same model number.

The BlackBerry KEY² is expected to run on 6GB RAM, Snapdragon 660 processor, and Android 8.0 Oreo out of the box. This still won’t be a flagship smartphone offering by BlackBerry but a mid-range product that is affordable and good enough for basic smartphone use and mobile computing.