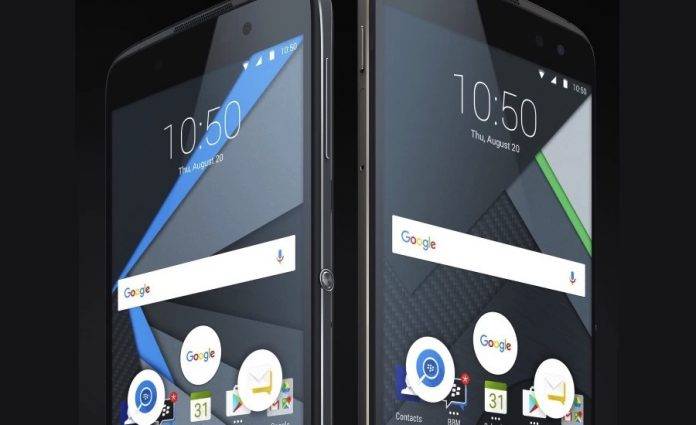 BlackBerry is no doubt the smartphone pioneer. It started early on in the mobile industry, leading the market in making phones that can be used not only for calling and texting but also for work, business, and the enterprise. We’ve said many times that it is safe, secure, and private. No wonder The White House allowed the President to use only a BlackBerry. Well, that changed a few months ago as Mr. Obama is reportedly already using a different, undisclosed smartphone.

The Canadian tech company has moved from its own mobile OS to Android. The PRIV as the first phone and soon followed by the DTEK50. A follow-up in the form of the DTEK60 is ready and once again, BlackBerry wants the public to know that their phones are highly secure and that they put the “the smart in the smartphone”.

With BlackBerry’s trusted, reliable, and state-of-the art security solutions, software, and services, it’s certain that the DTEK60 will be no different. The company may have ditched hardware development but it’s still committed to software improvement. We’re expect some licensing deals that will help BlackBerry expand and be brought to more devices from other OEMs.

For those companies or professionals searching for new ways on how to manage their employees’ phones for productivity and security, the BlackBerry DTEK60 is recommended. It’s affordable and offers the “best-in-class security for enterprise customers” as described.

BlackBerry brings its expertise in software engineering and secure mobile communications to the DTEK60. The result is a more productive, more secure, and more responsive Android experience. BlackBerry depends on its Hardware Root of Trust technique, Secure Bootloader that does multi-stage verification, and FIPS 140-2 encryption. There’s also the DTEK app that can both monitor and fix possible privacy violations. For added security, there is the BlackBerry Fingerprint Sensor that can be used in many different ways.

To review, here are the key specs of the BlackBerry DTEK60: