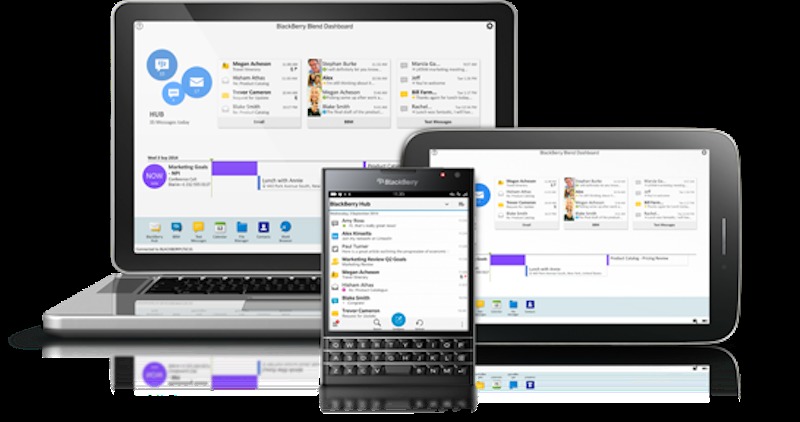 BlackBerry isn’t giving up anytime soon. Yep, the Canadian smartphone pioneer is still in the business. CEO John Chen is still confident that the company can still be relevant in the market today. Recently, it released a new model in the form of BlackBerry Paspport—a phone that combines touchscreen goodness with the familiar physical QWERTY keyboard.

To make things better for those who still own a BlackBerry, here’s a new app that brings content and messaging from BlackBerry to Android. Officially called as the BlackBerry Blend, this app blends the content you’re receiving on your trusty old BlackBerry phone to any Android tablet you own. If before, you can only read your mails on your BlackBerry, you can now access them in real time on a tablet.

This new app gives BlackBerry users another reason to love the company and assurance that it’s not bidding goodbye (at least not yet). Admit it, a BlackBerry handset may be too small for some and doing most of your work stuff on the tablet is fast becoming a norm these days.

BlackBerry Blend allows you to receive instant notifications, read and reply to work and personal messages, access documents, contacts, media, and calendar. All these and more the same way you would on a BlackBerry phone. Even without VPN, you can read and respond to text messages and BBM, as well as, access mails right on the tablet once the app is installed. Of course, just as long as the Android tablet is connected to the Internet via WiFi, 3G, or 4G/LTE.