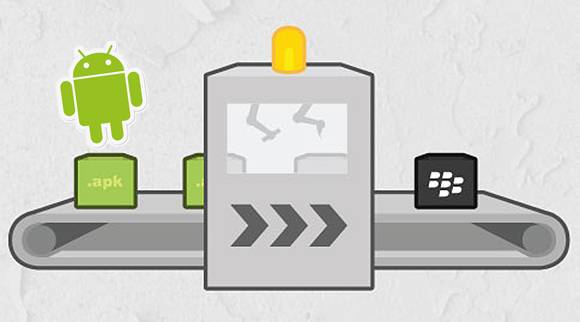 This isn’t the first time we’ve talked about Android apps running on a Blackberry, but the all-new Blackberry 10 that was announced and shown off this week is getting more than a little help from the green robot. The Playbook enjoyed Android app support thanks to sideloading in OS 2.0, but today we’re hearing nearly 30,000 apps have already been “repackaged” to run on Blackberry.

This week the new Blackberry 10 launched with what they claim is an app store full of 70,000 apps. During a Q and A session BlackBerry VP Martyn Mallick mentioned that roughly 40% of those are actually Android apps that have been re-purposed and repackaged for BB10. According to PC Mag this has been confirmed and while not a permanent solution to a bigger problem, should help their launch look better to potential customers.

Apparently the Blackberry Android toolset is providing an extremely quick and easy way for developers to essentially tweak their apps to be used on Blackberry 10. There’s no back or exit button involved either, everything is gesture based by changing a few lines of code. The apps can look weird and out of place, but at least they work.

All they are doing is porting direct Android apps to a toolset that remaps the menu and back buttons to a BB10 gesture, then makes it work on their new mobile OS. This certainly isn’t a good model moving forward, but it’s a start. Dialog boxes, popups, menu button areas and more are all out of place using this method and hopefully Blackberry get their own apps soon enough. Blackberry certainly has made it easy for developers to get their apps on the platform, but this isn’t the plan for their future.

With Android having over 700,000 apps in the Play Store, more on iOS, and roughly 100,000 for Windows Phone, Blackberry has a lot of work to do. 70,000 is a good start, but they have their work cut out for them. Thoughts on this repackaging idea?