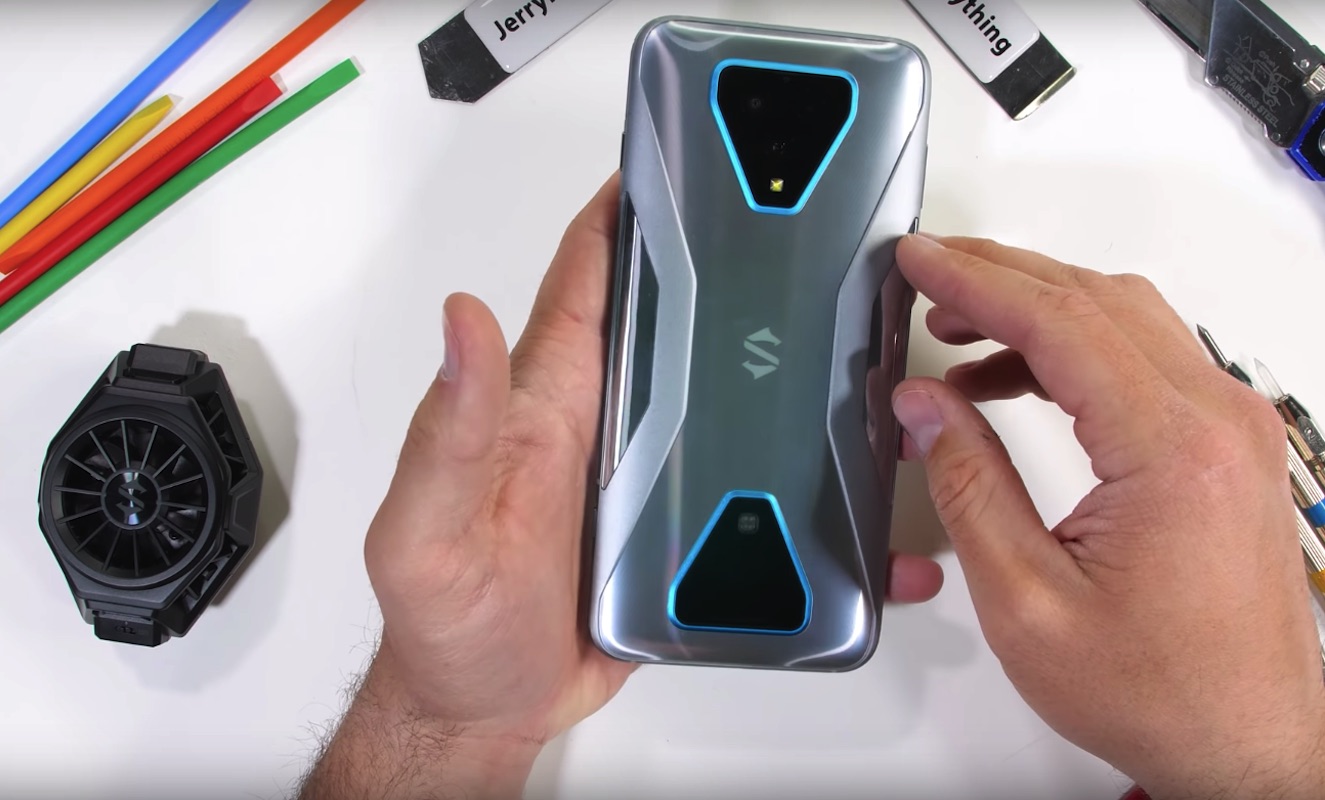 Xiaomi’s Black Shark 3 Pro was announced a month ago. It arrived together with the regular Black Shark 3 variant and made an impression as the first 5G gaming phones in the world. The phones are powerful with the Snapdragon 865 processor by Qualcomm, dual-mode 5G full Netcom, and game voice control. The 4720mAh and 5000mAh batteries can last long and be charged with a 65W fast flash charging tech. The Pro version has reached Zack Nelson who managed to do a Durability Test. JerryRigEverything shows us the Active cooling system and puts the phone under a series of Scratch, Burn, and Bend Tests.

As with most premium phones, the Black Shark Pro 3 scratches at level 6 with deeper grooves at level 7. The burn test shows us a white mark can be left permanently. There is no permanent damage though.

With the bend test, the Black Shark 3 Pro survives. This shows us the gaming phone is durable and robust enough for hardcore gaming. The main concern here is the cooling system. Nelson started the activity by getting the temperature. The fan is then turned on and then the temperature is soon seen dropping from 70 to 50.

We can see there are pop-up buttons here. The two motorized pop-up buttons are found on each end of the device. They are programmable so you can use them while gaming.

Zack Nelson did open the fan so there’s a little teardown analysis in the video before the actual durability test. Watch the full video below:

Here is a quick recap of the Black Shark 3 Pro specs and features: 7.1-inch AMOLED 2K Display, 3120 x 1440 resolution, 8GB/12GB of RAM, 256GB storage, and a 5000mAh battery with USB-C 65W charging and 18W wired charging. The display panel comes with four pressure-sensitive “zones” that work as distinctive physical input for games. When it comes to imaging, there is a 20MP selfie camera and a triple rear camera system that consists of a 64MP primary + 13MP ultra-wide + 5MP depth sensor. Choose from these colors: Frozen Silver, Knight Grey, Midnight Black, and Faerie Pink.