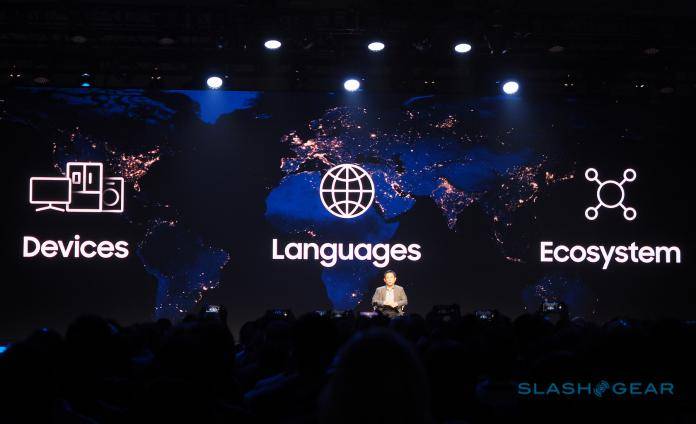 Bixby is lagging behind the Alexas and Siris of this world, that’s already a fact. But Samsung believes there’s a place for their digital assistant, which they consider to be more than just a voice assistant. They believe it is instrumental in making all Samsung devices connected and AI-enabled. That is why they’re launching the Bixby Developer Studio and the Bixby Marketplace to open it up to developers and give them a scalable AI platform to play around with and give end-users more relatable AI-powered apps.

To turn Bixby into a scalable AI platform involves three major elements. First of all, Bixby will be made available in more Samsung devices. This will include household appliances like refrigerators and TVs and gadgets like tablets and smart speakers. They’re also planning to have more connected third-party devices to be able to compete with Amazon and Google in terms of their respective digital assistants Alexa and Google Assistant.

Bixby will also now support five new languages: French, German, Italian, Spanish, and UK English. This means more people will be able to use it to communicate with colleagues, friends, and other devices as well. Lastly, they will be making Bixby open to third-party developers. They will be sharing the same developer tools that they use in-house to third-party developers so they can add Bixby to their apps.

There will also be a Bixby Marketplace which will be the channel in which people will be able to experience what Bixby and its AI prowess can do and how it’s different from the other big players like Amazon, Google, Apple, etc. It will also allow developers to sell their Bixby experiences.

Bringing everything together is the Bixby Developer Studio with its “dynamic program generation”. It will take a more collaborative approach in developing AI capabilities for the app. In simple terms, the developer will describe what they want to do and the AI will add the “how” they will be able to do that. Let’s see after this Samsung Developers Conference how many developers and third-party device makers will jump onboard this ship.