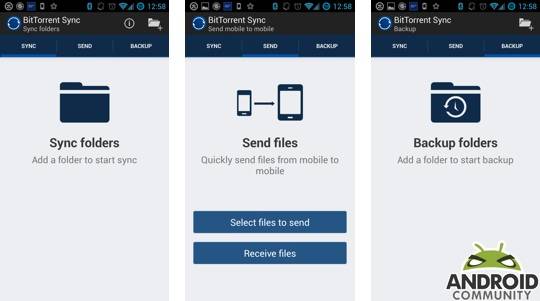 BitTorrent Sync has graduated from alpha to a public beta. While it is always nice to see progress being made, in this case the news gets slightly better for those sporting an Android device. In addition to jumping from alpha to beta, there is also an Android app available by way of the Google Play Store. The app, along with use of the service is free and brings promise of being able to “sync an unlimited number of files and folders of any size across all of your trusted devices.”

The key with the trusted devices portion of that statement comes with the available clients. In addition to the newly released Android app, BitTorrent Sync also has apps available for Mac, Windows and Linux. Basically, BitTorrent Sync will allow you to keep your data backed up and available across devices. In fact, one of the suggested use cases is to use Sync to have the images on your mobile device backed up to your computer. 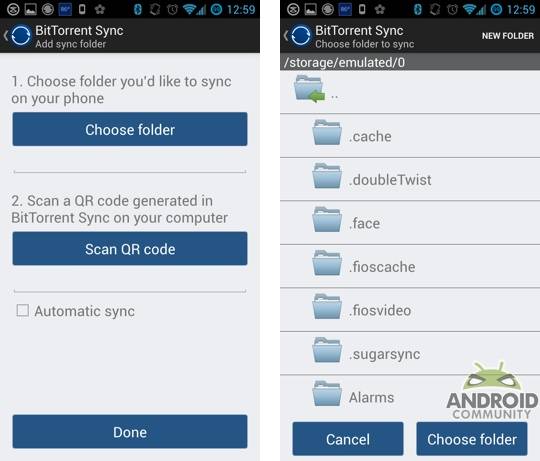 Anyway, as a result of the newly available Android app, we decided to download and do a bit of playing. While we already liked the idea of the service, it was nice to see that the app is easy to navigate around and fairly simple to get setup and running. Launching the app brings the option to choose whether you want to sync, send or backup your files. These options are available by tapping or swiping and really just come down to the user picking which files or folders they want included.

Another potential use with Sync is sharing files between devices. You could use Sync to transfer (access) images that you took on your smartphone on your tablet. Using another feature called mobile-to-mobile sending and you could easily be sharing files with a friend or family member without the need for any third party in the middle. 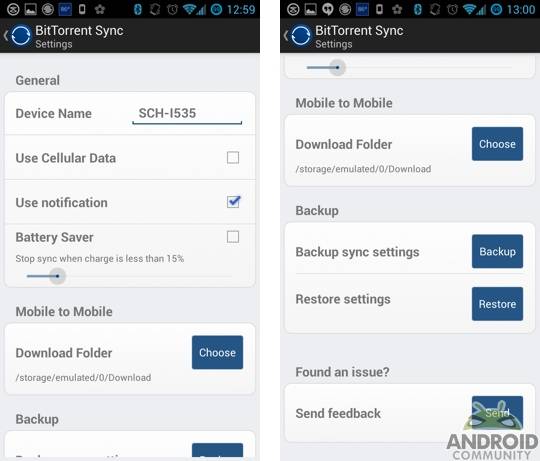 That brings another point here, using the BitTorrent Sync app comes without the need to rely on servers in the middle. The folks behind the app have said this means “your data is never exposed to prying eyes.” Another perk with how this is all setup is in how it will remain usable and free moving forward. But perhaps the key point here goes back to the data never being exposed because on the flip side of that is a user that is always in control.