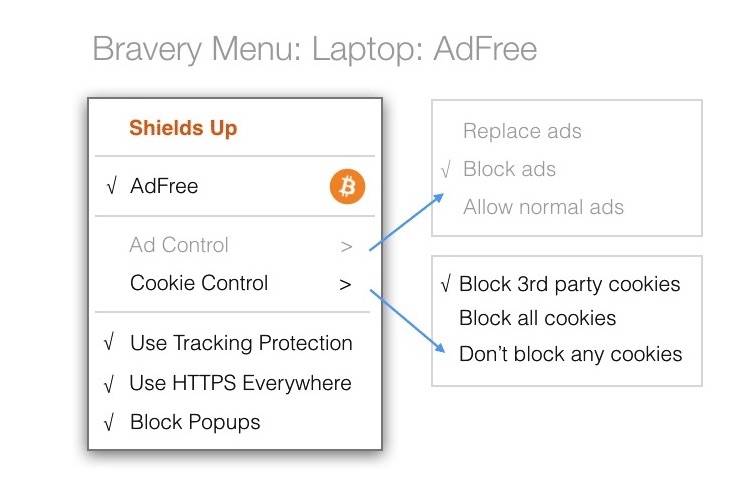 Blocking ads is easier these days, thanks to numerous ad blockers and plugins for web browsers. However, not all solutions are reliable and perfect. Most of the blockers we’ve featured were mainly for the more common mobile browsers like Firefox, Mozilla, or Chrome. A new browser recently entered the game, called as “Brave” by Brendan Eich, co-founder of Mozilla. This new web browser is focused on privacy and speed, as well as, blocking and unblocking ads.

The web browser was only introduced last January but numerous versions are now ready for Android, iOS, Linux, Mac, and Windows. The main feature is ad blocking but there’s a new twist that people might be interested instead. Brave will pay users in bitcoin if he or she agrees to view a certain ad. This is totally the opposite of ad blocking but it can be tempting to those who are collecting bitcoins for whatever purpose.

The idea is akin to Google Ads. Advertisers reach out to Brave to publish the ads. Clicks and impressions are counted and Brave sends an invoice to those users who are happily clicking and viewing the ads. Brave will also send the advertisers a summary of click impressions and about 55 percent of the money while the rest of the coins will be divided among the users, ad-matching partner, and the company–15 percent share each.

Brave says this service is safer and faster that the other ad networks. It will look into the browsing histories of the users but it won’t use identifiers. If you’re not interested on getting more bitcoins, just enable the block all ads option.

Brave is still working on this new feature but we can expect it to be officially announced and released this month.