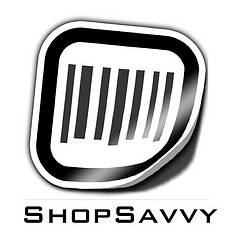 You like getting stuff for free? Well, you missed out on a free Nexus One if you didn’t enter Big in Japan’s first video contest. They announced the winner today, a college student from the University of Texas named Demi Adejuyigbe. But there’s a second contest now and you could be the winner of a Motorola Droid.

“Demi’s video provides a great illustration of how millions of consumers around the world are using ShopSavvy every day – in many cases, changing the way they shop forever,” said Alexander Muse, co-founder of Big in Japan.

Said Adejuyigbe: “As a college student, I’m forced to be frugal everywhere and anywhere I can be. I’ve saved well over $1,000 with this application — including about $200 on the video camera I used to shoot this video. I take it with me whenever I shop.”

You can view Adejuyigbe’s winning video at the following link: http://www.youtube.com/watch?v=wK6HykLLcxE

* record a short video (two minutes or less) describing how they used ShopSavvy to save money while shopping;
* provide details such as store name, location, product name, and amount saved;
* star in the video themselves (no actors);
* be sure to show their phone running ShopSavvy;
* upload the video to YouTube, including the title “ShopSavvy Fan Video from (name)” and the tags “shopsavvy, shop savvy, barcode, barcode scanner, upc, ean”;
* focus on your savings from ShopSavvy – do not mention the contest itself;
* e-mail your name, mailing address and a link to your video to sales@biggu.com.

The Droid winner will be selected from the first 100 entries received, so users are encouraged to submit their videos promptly, and no later than May 15. Only one entry per user will be accepted.

Ok folks, there you have it. Get creative come up with something interesting and you could be the next lucky winner. Good luck!!