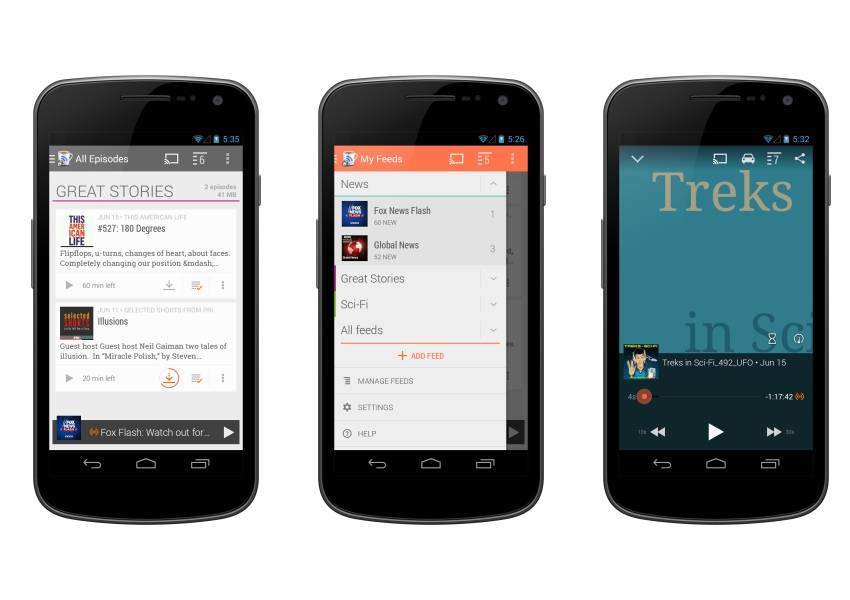 The latest BeyondPod app update has been detailed. This release brings the app to version 4.0 and perhaps more important is how it also brings new features and an overall new look and feel. The BeyondPod 4.0 app is currently available to download and begin using, however it remains a beta release for now.

In fact, the folks behind the app make it clear this is a “development beta build” and that it offers new features and bug fixes intended for the “next public release.” Simply put, you can begin using BeyondPod v4.0 as of today — but you may come across a bug or two in the process. Before we get into the new features we should mention the warning.

The BeyondPod team recommends backing up your feeds and settings before installing the beta. That can be done using the current release by heading to BeyondPod Settings -> Backup and Restore -> Backup. With that, things begin with what is promised to be “simple and faster navigation using a new, modern user interface.”

You can get a look at the new look in the image sitting on top of this post. Other details mention how your feeds will be organized in categories and available from the new left navigation drawer, and a playlist that is easily accessible in the right drawer. This release also means a new full screen player, a “car mode” player, and support for multiple SmartPlay lists.

Those looking to start playing with this latest beta release will be able to download the APK file from the BeyondPod website. And to clarify, this beta is not being offered through the Play Store beta program.