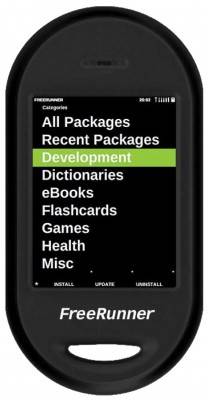 Toronto based company Koolu, has just announced their work in optimizing and supporting the Android platform on the FreeRunner opensource handset by Openmoko. The beta version of the Koolu version of Android will be made available the first week of December with the final release scheduled in Q1 2009.

Koolu will support developers who would like the freedom of opensource to create and sell mobile devices in emerging markets such as health care, education and other vertical markets. Koolu’s service program is targeted at Google’s enterprise professionals in global markets in an attempt to move phones to a low price range.

“We selected Openmoko’s FreeRunner because users can purchase a pre-paid GSM SIM card in foreign countries and use that country’s local service as easily as their service at home, and can choose a VoIP service or various WiFi hot-spots around the world,” said Koolu CEO, Andrew Greig. “It’s their choice. Customers will receive support for the software and hardware, yet be able to choose their own GSM provider and VoIP provider, as well as other independent services.”