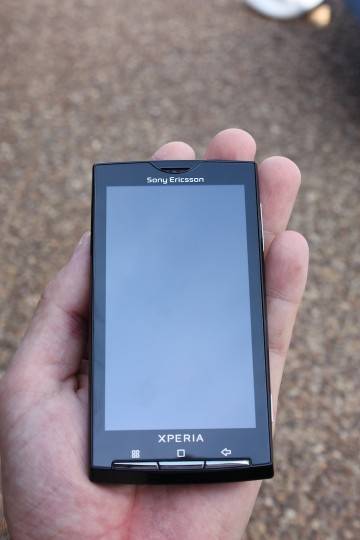 We mentioned yesterday that Best Buy would be getting the Xperia X10 smartphone along with other hardware this month. What we didn’t know at the time is that the X10 on Best Buy will have an exclusive glut of content for Taylor Swift fans. The handset is the Xperia X10 with The Essential Taylor Swift Experience.

The handset will hit Best Buy on October 14 as previously stated. It will sell for $99 with a new 2-year Verizon contract. The Taylor Swift media that is pre-loaded on the smartphone include the original self-titled album and the new Fearless album as well.

The device also has the new single Mine and includes a ringtone and the music video. Buyers of the handset will also get all of the music on the coming Speak Now album on October 25 included with the device. The white smartphone comes with a special skin and matching headphones as well. All other features of the X10 are the same as other versions.