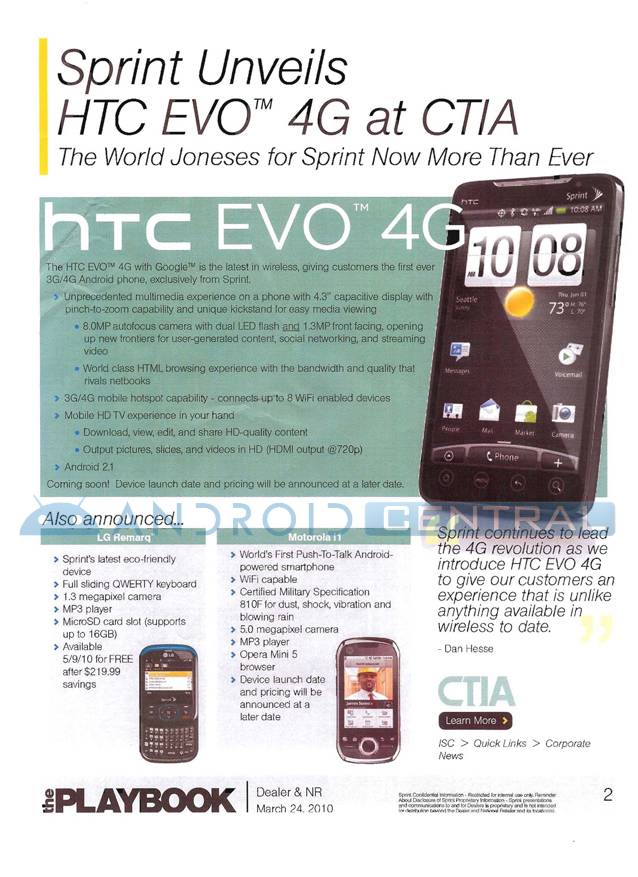 The following picture is rumored to be Sprint’s “Playbook”. It features the upcoming HTC EVO 4G, which is the first 4G Android device. There is also a picture of another Android that is also headed their way, the Motorola i1. This is purely eye candy but the real news comes after the break.

A tipster told the guys over at AndroidCentral that they are being trained at BestBuy on the EVO 4G and it is slated for presale in May. This presale would allow you to buy a gift card that later can be redeemed for the actual handset. It will essentially act as a ticket to reserve your device, this phone will surely sell out fast. Personally, I think this phone will not make it to the market until late summer. But nobody knows the release date yet besides people high up in the ranks at Sprint. Nothing is confirmed as of now, this is still just a rumor until Sprint says otherwise.