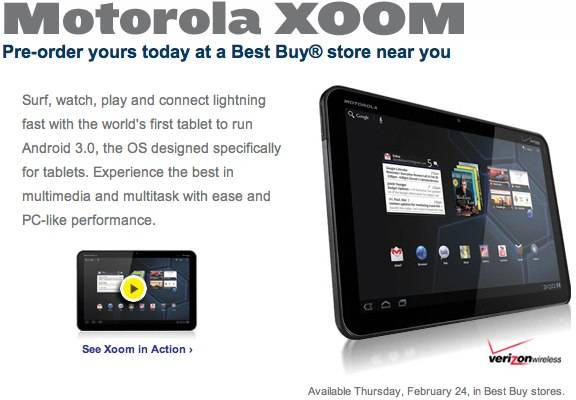 Best Buy stores are now accepting pre-orders for the Motorola XOOM tablet, with the Honeycomb slate expected to begin shipping from Thursday, February 24. Priced at $799.99 complete with Verizon 3G connectivity, the XOOM has a 10.1-inch screen and runs Android 3.0, the tablet-centric version of the Google mobile platform.

So, anybody tempted? Or has the 8.9-inch, 3D-capable LG G-Slate for T-Mobile won your heart instead? Let us know in the comments.