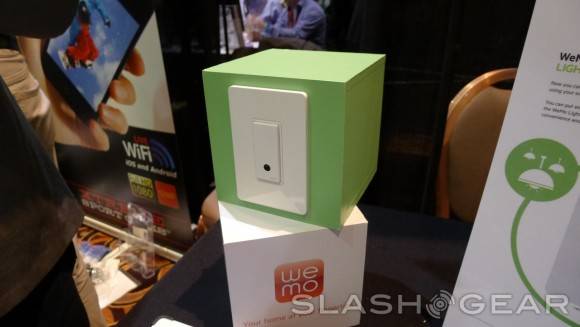 Belkin has the WeMo line of home automation products and back in January they added to that lineup with the introduction of a smartphone-controlled light switch. That particular item was simply called the WeMo Light Switch, however a bit more important for Android users was the announcement of support. Belkin ended up releasing an Android app in February, though it was for a limited few handsets and considered beta.

The good news today — that app has been updated and will be arriving with support for a wide variety of devices today. The Belkin WeMo app will be compatible for those running Android 4.0 Ice Cream Sandwich or later. In addition, Belkin has said this means Android compatibility for “most current and future WeMo devices.”

These devices include the WeMo Switch and Switch + Motion as well as the newly released Light Switch. Our friends at SlashGear spent a bit of hands-on time with the Light Switch back in January during CES for those curious. That aside, the Light Switch is available today and priced at $49.99.

The switch will allow for remote control using your smartphone or tablet. And just to clarify, that is when connected to the same household WiFi network or a cellular connection. Basically that is to say you can control that switch when you are home or away. The switch will replace an existing switch in your house and it should just be a matter of connecting a few wires.

Well, connecting a few wires and also making sure the switch is connected to your home network. Once the switch is paired with the mobile Android app you will be able to turn it off and on and also set it to a schedule. The WeMo setup is also compatible with IFTTT (If This Then That), which is an online service that works off triggers and is close to being limited only by your imagination.