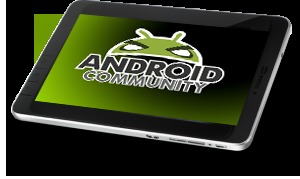 It looks like the success of the Barnes and Noble NOOKColor reader/homebrew tablet hasn’t escaped the notice of BeBook. The eBook reader has announced that they will be jumping into the Android tablet pool with a model of their own, called the BeBook Live, and they’re doing it for less than $280. Now, granted, it’ll be running Android 2.2 (Froyo) out of the box and will only have a single core 1Ghz Samsung Cortex processor, but for that kinda change, it makes a very good entry level tablet for those looking to explore the Bot on a tablet level. And like other lower budget tablets, that doesn’t preclude that Honeycomb won’t come as an update, or, as the NookColor has proven, be cooked into it via a homebrew hack.

The BeBook Live has a 7-inch multi-touch screen with a nominal 800×600 resolution. It has 512MB or SDRAM and 4GB of internal flash storage. A microSD can boost storage up to 32GB. And it has a single 2MP forward facing camera for video chat as well as a mini HDMI port.

It fully supports ADobe DRM for both publishing and PDF files for all your eBook readers out there, and supports magazines, comics, and textbooks. It comes with pre-installed apps like EBuddy, Rockplayer, and a game called Tank Hero, to name a few. Check out the video commercial below, and notice the very interesting picture of someone sitting on the toilet using their tablet! Now there’s a unique marketing ploy.