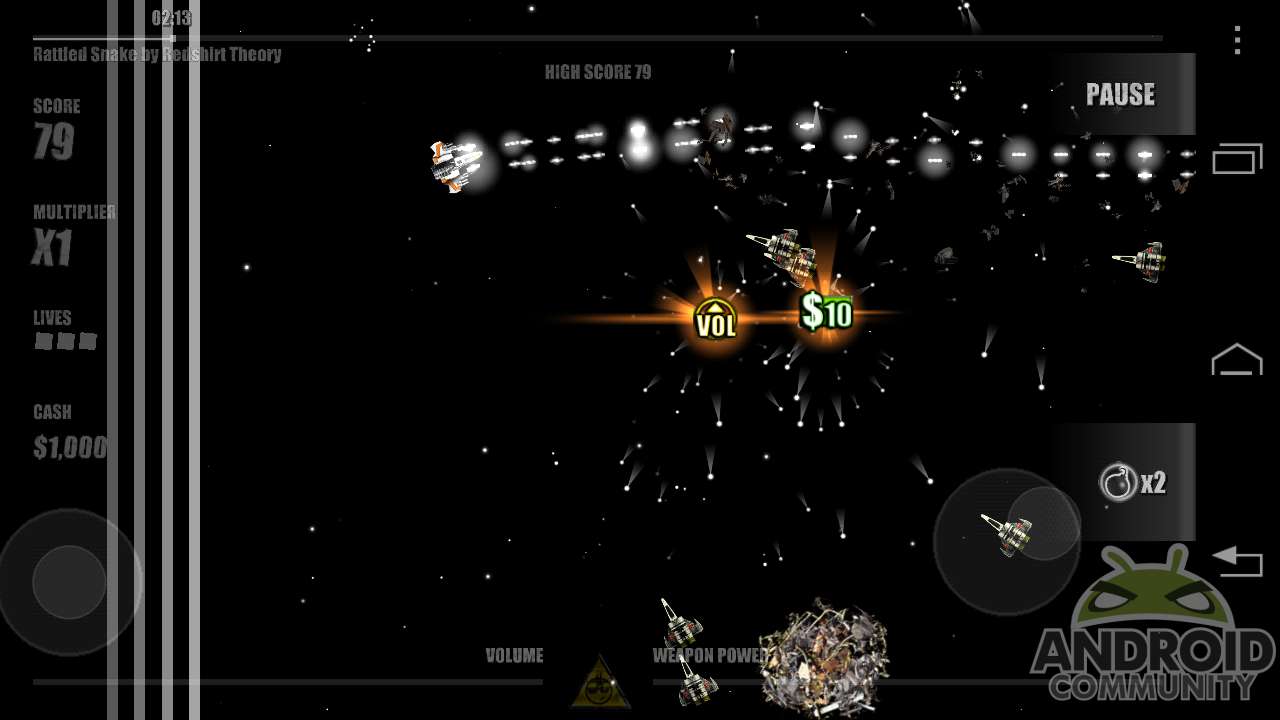 If you’re need of a mobile game to play this afternoon, then we have to suggest that you check out Beat Hazard Ultra. The game arrived on the Google Play Store today, and boy is it one wild ride. At first, Beat Hazard seems like your typical twin stick shooter, you’ll soon realize it’s much more than just floating around a battlefield and shooting enemies.

That’s because Beat Hazard uses the music that’s playing to adjust the intensity of the game. In the mood to relax and just have fun playing? Go for a slower, more laid back type of song. Want an intense game that will have you fighting for survival every second? Play the game with a fast-paced soundtrack. It won’t be easy if you opt for fast songs with driving beats, but it sure will be fun.

Beat Hazard Ultra comes with a selection of songs pre-installed, but you can also play to the music that’s stored on device – easily one of Beat Hazard‘s coolest features. Even better is that the game is free, though upgrading to the full version will let you unlock perks as you play and use Internet radio stations as your backing track. The developers of Beat Hazard are currently holding a launch sale and selling the full game for $1.99, so it might not be a bad idea to pick up the full version and experience all of what Beat Hazard has to offer. 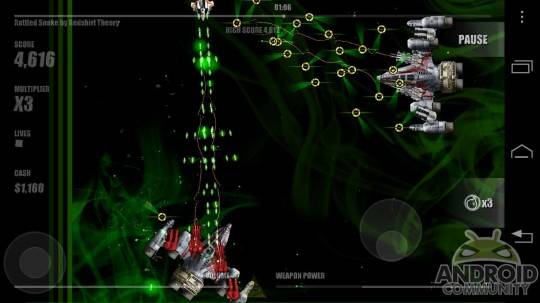 Before you jump in, we have to warn you that this game is not easy, especially when you’re playing with a particularly loud and fast song. You’ll have plenty of power ups to take advantage of while you’re playing though, which should help even the odds a bit. Beat Hazard Ultra is now available on the Google Play Store [download link] – will you be checking it out?