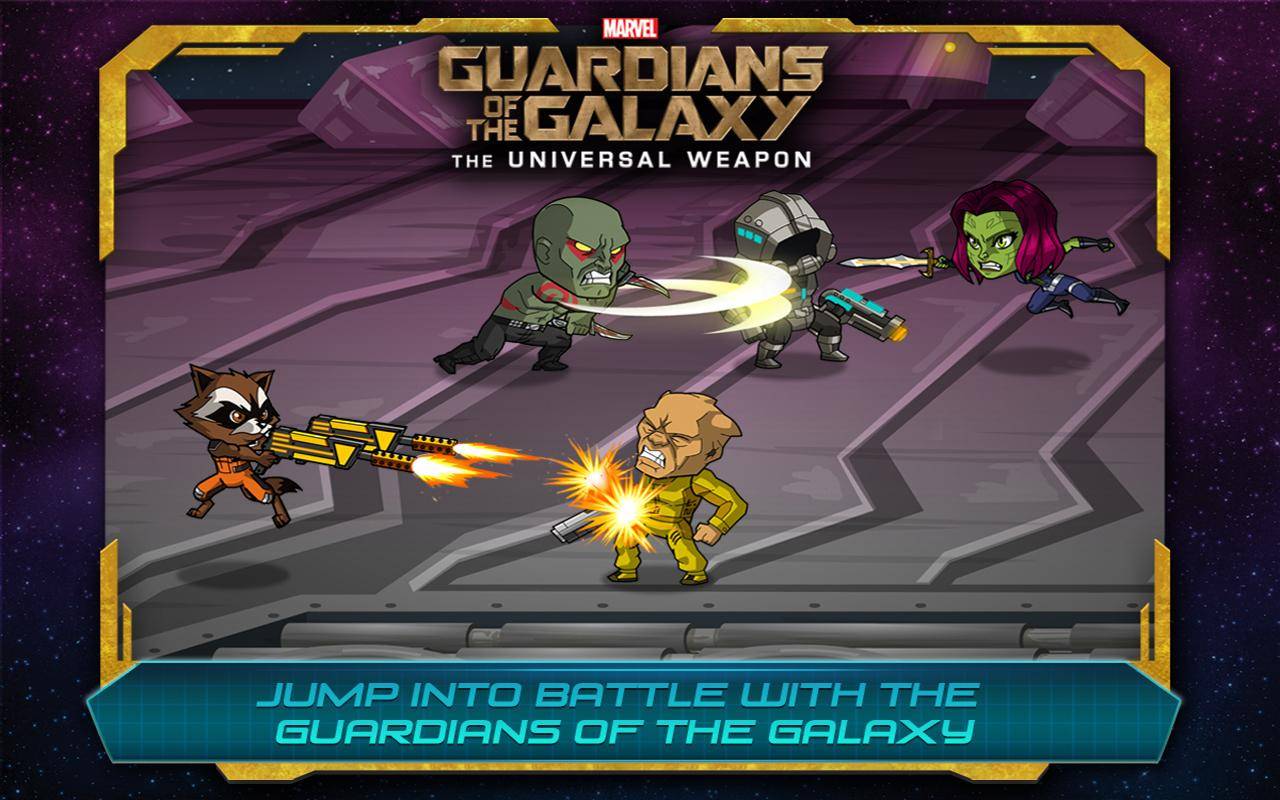 When Marvel first announced that they were coming up with a new superhero movie, fans were excited about which of their famous characters were getting the big screen treatment next. But when they revealed it was the little known Guardians of the Galaxy, many were baffled at first. But due to the marketing genius of Marvel and Walt Disney, anticipation is now at a high, and this new Android Game will certainly fuel that excitement as well.

Guardians of the Galaxy: The Universal Weapon is a new game on the Android platform where you can join the entire gang as they try to retrieve five pieces of a weapon that should not fall into the wrong hands. You’ll team up with Star Lord, the leader of this unusual team of superheroes; Rocket, the racoon who loves to shoot guns; Groot, a tree-like creature who can hit like the best of them; Gamora, the only lady in the crew and a deadly assassin; and Drax the Destroyer, whose name says it all. Together, you will stop Ronan the Accuser from getting The Ultimate Weapon through gesture-based battles in both story and arena modes.

You’ll be able to unlock and play 25 different characters from the Guardians universe and play them on more than 60 levels if you play in the story mode. In the arena mode, you’ll be able to recruit more heroes and villains as you traverse the universe in survival mode. When you recruit new members on your team, you can also upgrade their skills and prepare them for battle by giving them items and weapons, including the “mysterious Iso-8.”

You don’t need an Internet connection to play the game and there are no in-app purchases, so you won’t go broke trying to save the universe. However, if you want to show off your high scores or compare it with your friends who are also playing, then of course you would need to be connected. Head on over to the Google Play Store to download the game for .

UPDATE: The game cost $4.99 instead of free, sorry for the wrong information!