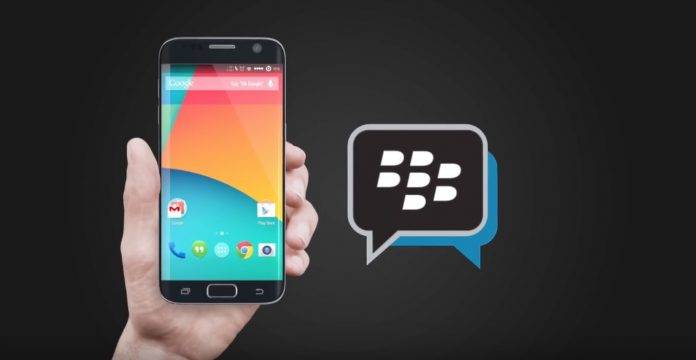 Just a couple of weeks ago Blackberry rolled out an update for its Messenger app for Android devices, more popularly known as BBM. While that one wasn’t really that major of an update, it’s still a pleasant surprise that they’re bringing another new update for the app. There are a few big new features and some smaller ones as well, so if you’re using this as your default messaging app, this should be good news for you as you see its changelog.

First off, to reduce the possibility of its users receiving spam invites, they have added some technical infrastructure features to help block these annoying messages. Another major thing with this update is that it has quick reply support for Android 7.0 Nougat. Not a lot of devices are on “N” already, but still having the support as early as now is a pretty good thing. You also now get updated icons for BBM Voice and Video calling, which is probably not life-changing but still may be interesting.

The Me and Discover screens are now on the main navigation menu so it’s easier to access them. The Me screen shows your settings and you can get to your Channel and Profile quickly. The Discover screen is also getting more options depending on the region. The update has also made it possible for all your chat conversations to be on just one screen, which also now includes your Groups and group management features.

The update also has the usual performance improvements and bug fixes we come to expect from good developers. You can check out your BBM Google Play page to see if the update is available for you already.