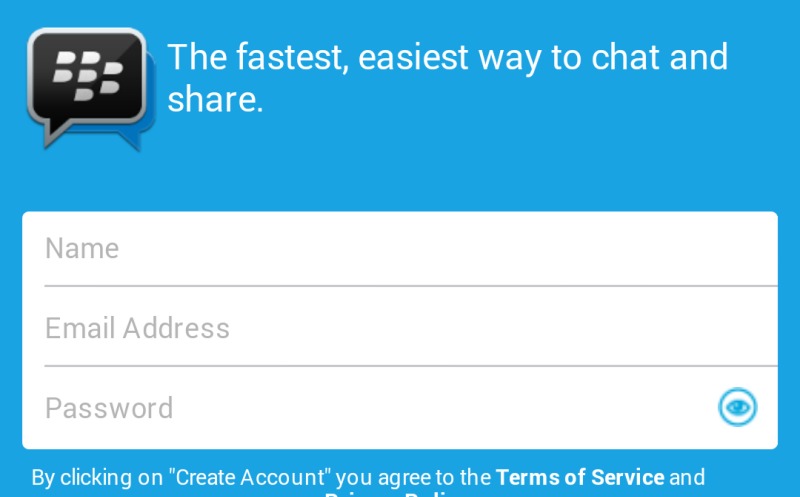 Things have been rather silent on the BBM front lately, but that’s supposed to change today with the rolllout of the next version of its Android app. In version 2.2, BlackBerry is making it easier for more people to join in on the BBM fun.

They say that one of the best ways to get people to, sometimes mindlessly, sign up for a service is to make it feel or look like they don’t need to sign up at all. This is one of the key points behind single sign-on features like Google or Facebook on some sites and apps. But since BlackBerry obviously can’t resort to that, it is doing the next best thing: reducing the requirements. Now anyone who wants to become a certified BBM user only need to provide a name, an email address, and a password. Of course, later on you might be required to open up an email to verify the account, but as far as getting started is concerned, that’s all there is to it. BlackBerry is also making it a lot easier to add friends by throwing away the need for a PIN. Simply click on the link in the email request and you’re BBM buddies instantly. Cue privacy and security worries.

The 2.2 update will also be bringing in some interface changes. This includes the very simple but meaningful relabeling of the “Updates” tab to “Feeds”, to make it jive more with common parlance that refers to social networking posts from friends. There is also a new batch of emoticons, 16 in total, including those iconic see, hear, nor speak no evil monkeys. 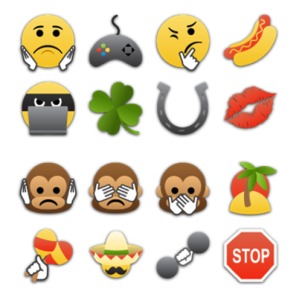 BBM version 2.2 for Android is now rolling out. Since the update makes use of Google Play Store’s staged rollout, arrival time will, of course, vary between markets and regions.