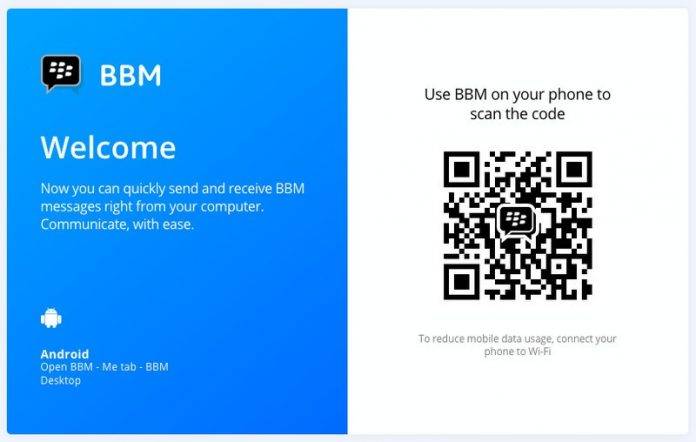 If you’re using BBM to communicate with your colleagues or loved ones, it would be helpful to have a desktop app especially if you use it a lot. What users were previously using was the desktop software Blackberry Blend, but that has now been discontinued. It looks like Blackberry is planning to release something to help users out though as the latest BBM beta release indicates a way to have desktop access to your BBM messages, even though it looks to be pretty barebones and basic.

Under the Me tab in the newest beta release, you’ll see something called BBM Desktop and once you open it, your camera will open up so you can scan a barcode. It will then give you a URL where you will see the barcode. Once the scan is successful, you’ll then be directed to the BBM session on your desktop. You will be able to access all your chats, groups, and contacts and read your messages and reply to those that you want to reply to.

However, that’s all you basically can do for now and that’s understandable since this is just a beta version and a first one at that. You won’t be able to upload images or files. You can’t even send emojis although you can view them in your chats. Contact images also seem to not always sync properly but this is a bug that will probably be fixed once a stable version is released.

If you’re a BBM Enterprise customer, you don’t have this problem since you have a robust desktop app available. Hopefully, they will be able to bring something similar to consumers, or at least something better than this current beta version.