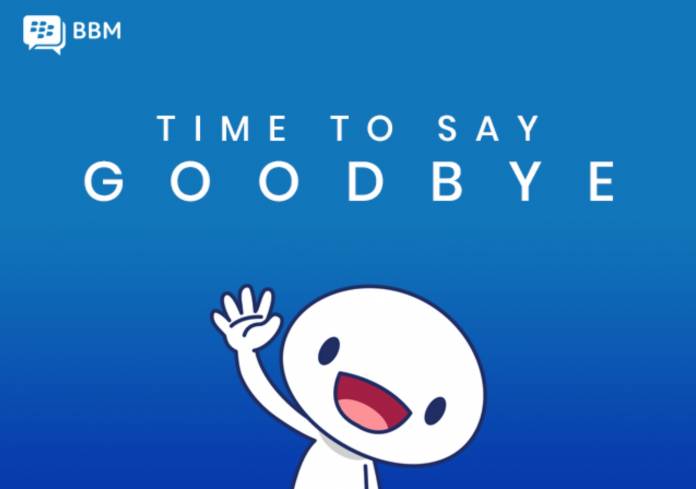 More than a decade ago, the Blackberry Messenger, more popularly known as BBM, was probably one of the most popular ways to get in touch with people aside from text messaging. But when messaging apps started becoming a dime a dozen and Blackberry phones started falling off the grid, we knew it will eventually go away. It survived for a few years more than its phone counterpart and even had a minor resurgence, but now it’s officially over. BBM will meet its end by May 31, 2019.

Indonesian company Emtek has actually owned the license to BBM since three years ago and since then they tried to have the app compete with the popular messaging apps of the day by adding sticker packs, multimedia, and other new features. While there was a slight uptick in popularity, it still failed to make its mark in what they call a very “fluid” industry and so now they are officially calling it quits.

May 31, 2019 is the day when the consumer version of BBM will be closed down. By that date, you won’t be able to open it on any app or retrieve any existing conversations. So if you have any photos, videos, or files within the app, you should download it before that date. Contacts and feeds however, cannot be exported from the BBM app.

However, if you really do enjoy using BBM, there’s still a slight ray of hope. Blackberry itself has an enterprise version of BBM and they are now opening it to individual users. You will of course have to subscribe to it. For the first year, it’s free but after that, you’ll have to shell out $2.49 for a six-month subscription.

While of course there are a lot of messaging apps to choose from out there, BBMe is an option if what you’re looking for is an app with end-to-end encryption. And because it is a subscription-based model, you won’t be sold extras like sticker packs, music downloads, etc. You can download the enterprise version from the Google Play Store for any Android device.