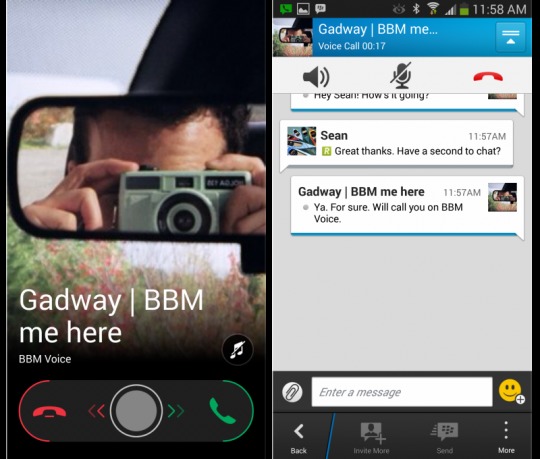 BlackBerry has already mentioned that Channels and Voice Calling would be heading to the Android version of BBM in 2014. But while the timeline has remained fairly open and generic, it does appear that progress is being made. A new version of BBM for Android has arrived in the beta channel and it brings several new features.

The big additions here are what we suspect some had been waiting for — the Voice Calling and Channels. Along with those two major pieces, this beta release also brings improved image sharing and more than 100 new emoticons as well as new methods of finding friends on BBM and increased group sized in BBM Groups. The catch now, the beta channel is only open for select users.

As for the Voice Calling and Channels. BlackBerry offered a teaser for those two items back in December. Voice Calling will be similar to other VoIP calling solutions and essentially means you will be able to make voice calls direct from the BBM app. The Channels is a bit that allows user to chat, share and basically, just follow specific topics.

Those with access to the Beta Channel can grab the latest BBM beta, but otherwise, the vast majority of users will be left waiting until the beta period comes to a close. There isn’t any further information in terms of a time for release, but for now we suspect that will come down to the success of the beta period. Simply put, the less issues that spring up, the quicker a general release could come.