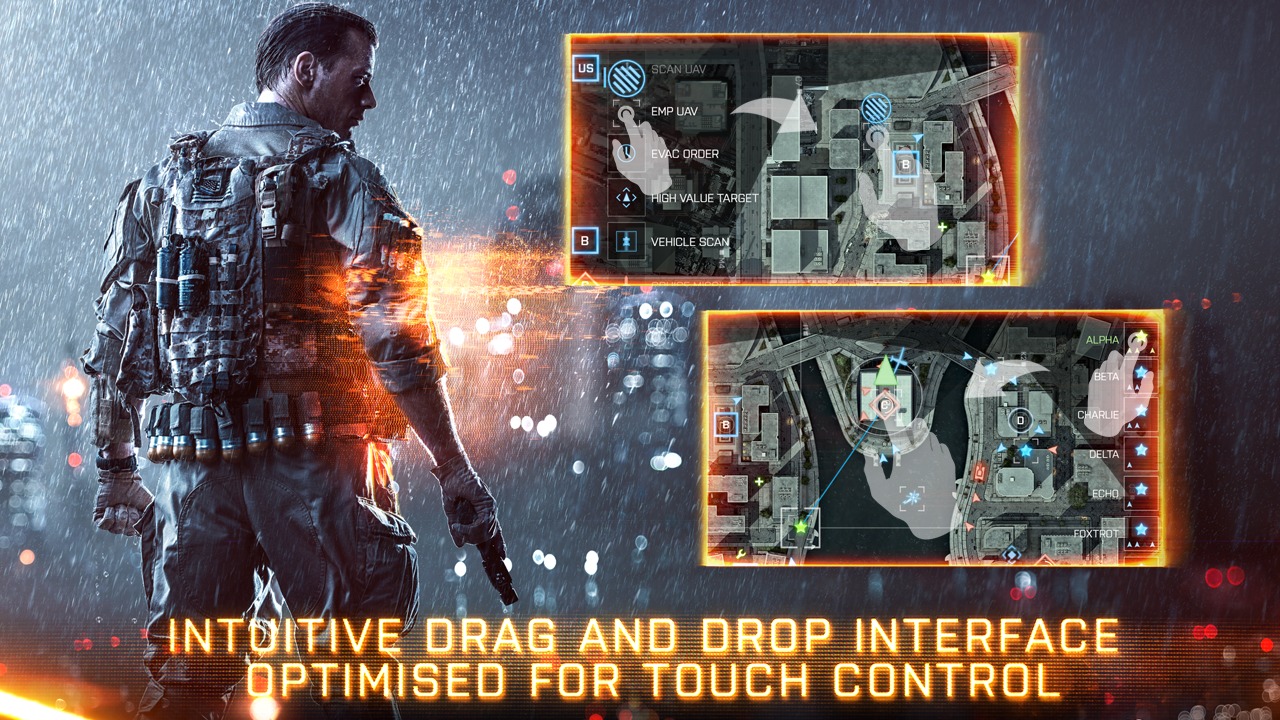 Battlefield 4 may give you your adrenaline-pumping fix, but the game also offers a different perspective for those who wish a more strategic gaemplay. Now with the Commander companion app, players or their friends can take on the role of a Commander to rally troops and battle it out with brains over brawn.

Battlefield 4’s Commander Mode allows another player outside the team, on top of the maximum allowed number of players. The Commander can view the game from a more Real-Time Strategy (RTS) point of view instead of the normal first-person shooter (FPS) view of the game. The Commander is able to give ground troops valuable information as he or she can see opposing commander actions and high-value targets. In short, the Commander has a more tactical overview of the situation that could give players the upper hand.

The Battlefield 4 Commander app for Android lets Commanders jump in on any game right from their mobile device. The lets Commanders communicate directly via VoIP on supported platforms, call in Unmanned Aerial Vehicles (UAV), air strikes, or send vehicles and supplies in aid of your teammates. All from the convenience of your Android device, complete with touch-optimized controls and gestures.