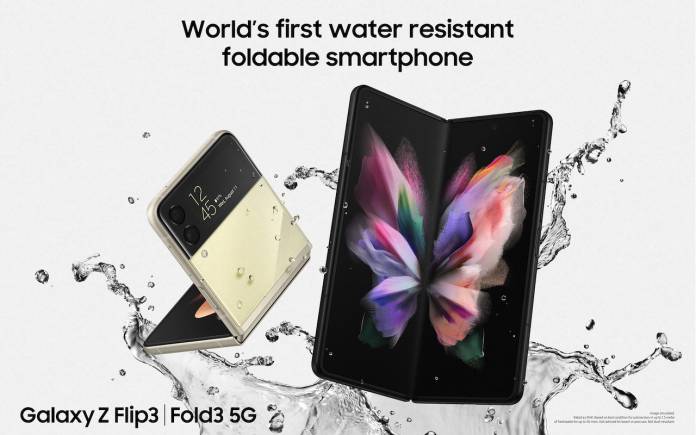 Some of those who pre-ordered their Samsung Galaxy Z Fold 3 and the Galaxy Z Flip 3 have started receiving their devices, although some may be delayed as well. Those who already got it will notice that the foldable smartphones have shipped with an updated version of the One UI 3.1.1. It’s not a major upgrade from the current One UI 3.1 but there are some new features and improvements. One of those is a feature under the Device Care section called Protect Battery which does as its name says.

This new feature is actually something that Galaxy tablets already have, as pointed out by SAM Mobile. But now it looks like Galaxy smartphones will also be getting this feature, at least starting with the new foldables, the Galaxy Z Fold 3 and the Galaxy Z Flip 3. We don’t know yet if the Galaxy S21 series that recently got One UI 3.1.1 features will also be eventually getting this since it’s not showing up in the most recent update.

What it does basically us to prevent your battery from recharging beyond 85%. This is because recent studies have shown that charging lithium batteries up to 100% will do your device more damage. It puts more stress on the battery therefore leading to a shorter lifespan and bringing your device poor battery life on a single charge. The feature will make sure that your device will not be “pushed to the limit” while charging and will only reach 85%.

This 85% recharging recommendation is not something that’s known by a lot of people as most people would still go and charge their devices to 100%. So having the option to automatically protect your phones and tablets would be really helpful, although some might get confused if they don’t read the explanation. It’s still not clear if Samsung intends to bring this feature to other devices other than the ones that are getting them now.

The Protect battery option can be found in Settings > Device Care > Battery > More battery settings. If you’re getting the Galaxy Z Fold 3 and the Galaxy Z Flip 3, it’s highly recommended that you turn this feature on to start protecting your battery.