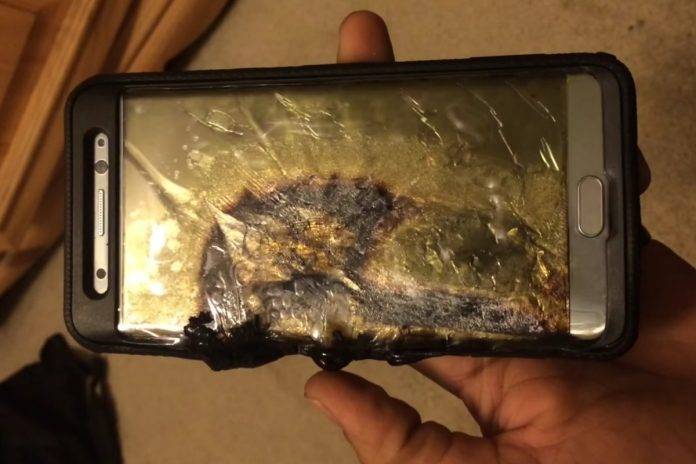 Samsung is in a deep mess and we’re hoping the battery issue won’t grow bigger further. Recalls are already being made and the company is busy making announcements and preparing for the replacements. A software update is also in the works to address the issue although it’s only to reduce the possibility of overheating. Who’s to blame for this situation? The battery supplier. Ironically, it’s another group from the South Korean giant—Samsung SDI.

Samsung Electronics Co. said a manufacturing flaw caused this problem. It’s a big issue that caused dozens of battery explosions worldwide already which then prompted the recall. It’s the biggest so far by Samsung who has to recall 2.5 million Note 7 units. Investigations are still on-going to know the exact root of the problem.

We’ve been saying it’s the battery. Samsung’s next software update is to help limit overcharging to 60%. It’s not the ultimate solution but it’s expected to reduce the risks. According to a preliminary report, there was “an error in production that placed pressure on plates contained within battery cells”. The result is contracting negative and positive poles which then results to excessive heat.

The analysis isn’t final yet as Samsung needs to make more investigations and analysis. We hope to learn more details about what happened exactly. Samsung SDI Co. needs a lot of explaining to do as to why the explosions happened.