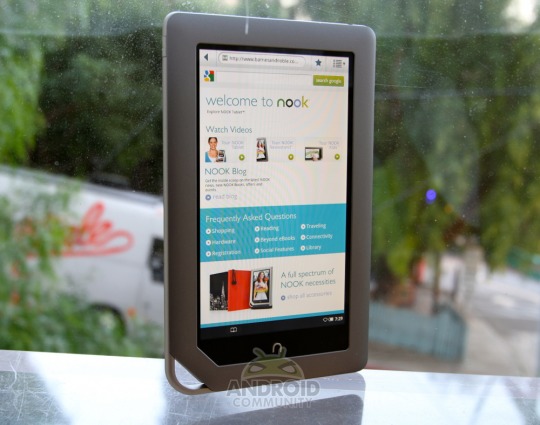 Barnes & Noble‘s series of Nook tablets and ereaders are impressive, but because of their inferior ecosystem to Amazon, the devices aren’t as appealing as they could be. Barnes & Noble is working hard to change that, and today they have unveiled Nook Video, which is a new online store featuring a collection of movies and TV shows.

The store is set to launch in the US sometime in the fall and will hit the UK by Christmas. The upcoming service will work with Nook devices, smart TVs, tablets, and smartphones, and will offer both streaming and downloading options, as well as integrating with Nook Cloud for syncing and viewing on multiple devices.

Barnes & Noble says that Nook Video mobile apps will be available, but it’s not clear as to what operating systems you’ll seem them on. Our guess is that we’ll definitely see an Android app at least. The apps will support streaming, as well as the ability to pause playback on one device and then pick up from the same place on another device, as long as both devices are hooked up to the same account.

What’s also pretty cool about Nook Video, is that Barnes & Noble will let you access digital copies of movies and TV shows for free, providing that you already own physical copies of the same content. It should be pretty straightforward, but they’re requiring that your physical media falls under the UltraViolet umbrella in order to access its digital content.