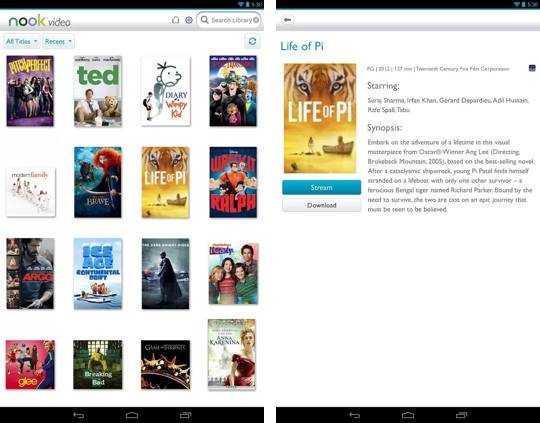 Barnes & Noble has announced a NOOK Video app for Android. The app is already available in the Play Store and it brings the ability to rent or buy movies and television shows from Barnes & Noble. There is also support for those who happen to have a collection of UltraViolet titles.

Anyway, the Barnes & Noble NOOK Video app is available for free. The app doesn’t require any subscription, however you will need to pay for the content that you rent or buy. Once you have the content set, you then have the option to watch while streaming or to download for times when a constant connection is not going to be possible. Simply put, NOOK Video looks like an option for frequent fliers to consider.

The streaming will work over WiFi as well as with a 3G or 4G connection. Otherwise, the NOOK Video app requires Android 2.3 or later for use, but will run on both smartphones and tablets. One perk for those switching between devices, you can stop a stream on one device and pick up in the same spot on another device. This brings another point to the NOOK Video app. 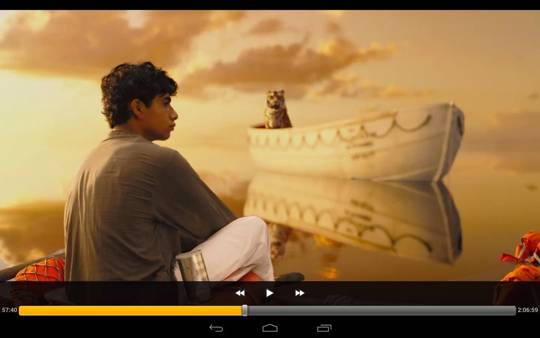 Aside from the availability of NOOK Video for Android, Barnes & Noble has also released an app for iOS and Roku. Plus there is also video support on the NOOK Tablet and NOOK Color devices from Barnes & Noble. If you happen to have a NOOK device on hand you may want to check the locker as the “specially designed” app should be available some time today.

That all being said, the Barnes & Noble NOOK Video app can be found in the Google Play Store.