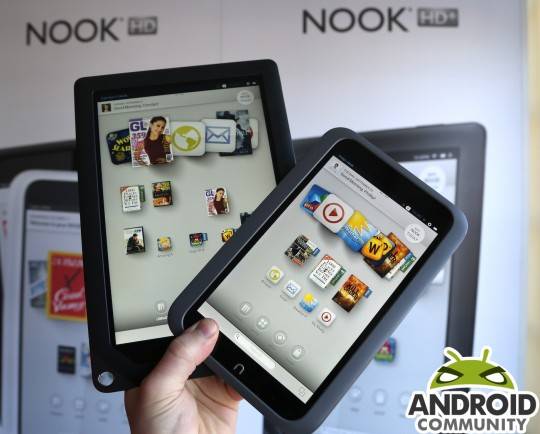 Barnes & Noble has announced a price cut for the NOOK HD and NOOK HD+ tablets. This time around the price cuts are for those in the US market, however the newly lowered price will only be available for a limited time. Barnes & Noble has timed this drop in price with Mother’s Day and as such, these prices will only be in effect through May 12.

Those considering a purchase will be able to pick up an 8GB NOOK HD for $149. The 16GB model will be selling for $179. The NOOK HD+ is available in a 16GB and 32GB model and those will be priced at $179 and $209 respectively. Barnes & Noble has said these prices will be available by way of the NOOK.com website as well as at their retail stores and “other leading retailers.”

Aside from the Google services, the NOOK HD and HD+ also have access to the more than 3 million books available from the NOOK Store, of which it was said that more than 1 million are available for free. These tablets also have HD displays, expandable memory and WiFi connectivity as well as NOOK Channels and NOOK Profiles.