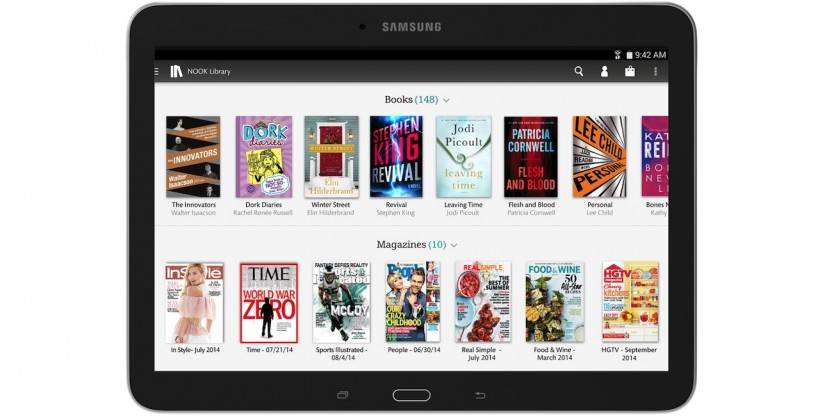 If you like co-branded tablets and ebook reading gadgets, then you have another great news from Samsung and Barnes & Noble. Just a few months after they released the 7-inch Galaxy Tab 4 Nook, they’re now selling a bigger version of it: the Galaxy Tab 4 Nook 10.1. But along with it, they also announced that the new tablet comes with a new Nook software and that this will also be pushed on the 7-inch gadgets as well.

The 10-inch Nook tablet has the same specs as the new Galaxy Tab 4 line that has been released by Samsung in the last few months. It has a 10.1-inch 1280×800 display and runs on a 1.2GHz quad-core processor. The tablet has a 1.5 GB RAM and an internal memory of 16GB, but you can expand it up to 64GB through a microSD slot. The main camera has a 3 megapixel resolution while the front-facing one has just 1.3 megapixels. You wouldn’t really use a 10-inch tablet as a camera anyways (we hope not) so those low specs are understandable. 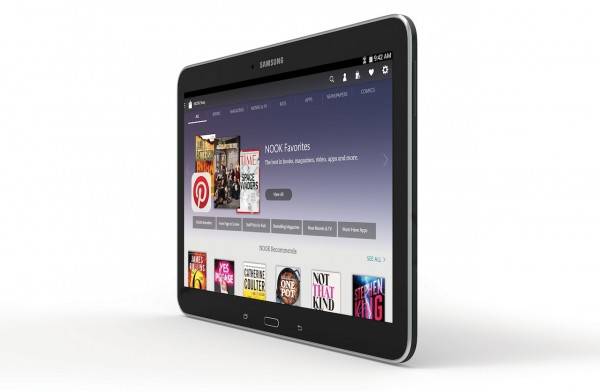 In terms of the software, the new updated Nook software will sport a better UI and claims to give the users a better book shopping experience. The navigation has also been improved, as it will make it easier for you to jump from one content to another, as well as through the library and the e-book you’re currently reading. It also now supports both portrait and landscape orientation, as any ebook reader (and tablet) should definitely do. The new software comes built-in with the Nook tablet, while the older 7-inch ones will receive it as a firmware update by November.

The Galaxy Tab 4 Nook 10.1 is already on sale through both online and the brick and mortar shops of Barnes & Noble. You can get it at an “introductory price” of $299.99, although there’s no indication yet up to when this special offer will last and what will be the regular price of the Nook tablet.