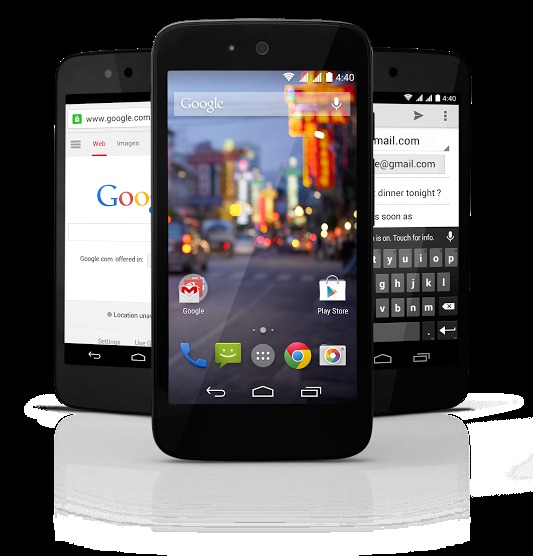 When Google announced Android One last September to reach the emerging market in several Asian and African countries, there was much expectation that this will pave the way for a lot more people to have access to affordable but mid-level smartphones and be more connected to the rest of the world. The tech giant has now announced that after officially rolling out in India the past few months, they are also moving on to other countries in the region speicifically Bangladesh, Nepal and Sri Lanka.

Google said they are partnereing with manufacturers and carriers in those countries to be able to bring Android One to their markets. The three countries have a combined population of 200 million people, but majority cannot afford the usual Android smartphones available in the market. By bringing in Android One, people will now be able to experience high quality mobile devices but a price that will be right up their alley. Banglalink and Symphony will be joining Micromax, Karbonn and Spice as Google’s partners in bringing the devices to the region. Symphony will be launching their first Android One smartphone called Symphony Roar A50.

The mobile phone in market has been enjoying the benefits of having Android One smartphones available for sale both online and in retail stores. In fact, one of their partners, Spice, recently launched a new model which was created specifically for Hindi speaking users. That is one advantage of working with local manufacturers but with Google’s expertise and standards. You get to customize the device to the market without sacrificing quality, even with prices that are below the usual Android device range.

There are no specifications yet for the Android One devices that will be launched in the other countries, but it will probably not be far off from the one initially available in India. They can expect something similar to Spice Dream UNO, which has a 4.5-inch FWGA display and runs on a 1.3GHz quad-core MediaTek processor. The dual SIM smartphone has a 1GB RAM and 4GB internal storage, a 5MP main camera and a 2MP front-facing one. Let’s wait and see if the Android One devices in Bangladesh, Nepal and Sri Lanka would be the same or maybe slightly even better.