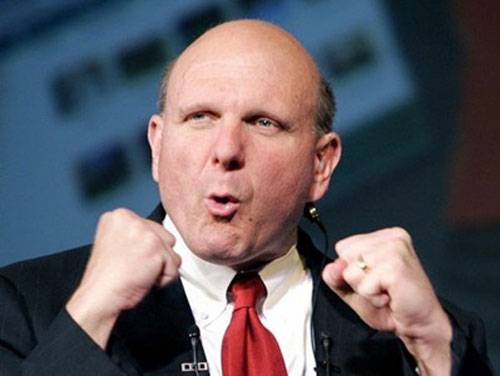 Microsoft CEO Steve Ballmer is at it again with wild comments about the competitors of Windows Phone reports Telegraph.co.uk. Ballmer was blasting Android at the Web 2.0 summit in San Francisco recently claiming that the OS was difficult to use. Ballmer went so far as to say that you needed to be a computer scientist just to use Android.

Ballmer said, “You don’t need to be a computer scientist to use a Windows phone and you do to use and Android phone…It is hard for me to be excited about the Android phones.”

While Ballmer blasts Android for usability, he is more forgiving on the iPhone and Apple in general calling the company “a good competitor” and especially praising the new Siri assistant feature on the iPhone 4S. Despite heaping a bit of praise on Apple, Ballmer still maintains that the Windows Phones are better than both Android and iPhone offerings.

He claims that Windows Phone is much better than the competition at putting the user’s information front and center. According to Ballmer with Windows Phone, you don’t have to go through icons and pages to find the information users want.

“Both [an iPhone and a Windows phone] are going to feel very good in your hand and both going to look very beautiful physically…. but when you grab a Windows phone and use it… your information is front and centre… and you don’t have to scroll through seas of icons and blah blah blah.”

“A Windows phone gets things done.”