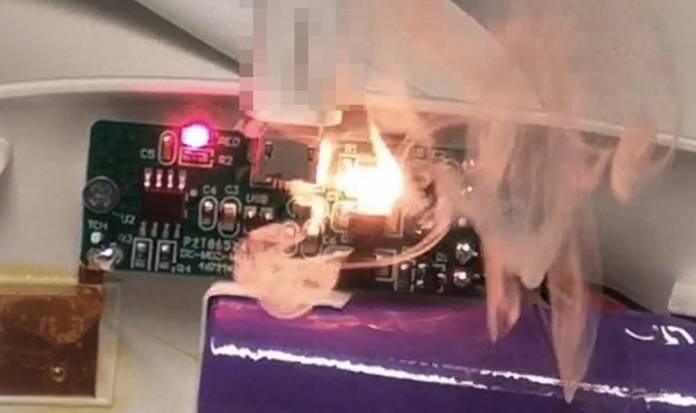 This is the kind of bad news you don’t want to happen to your gadgets. With this report, you wouldn’t want anyone to touch your charger because it’s been confirmed that its firmware can be changed to cause serious damage. The information was shared by some Chinese security researchers who said they can do damage to chargers without using any tool or accessory. All you need to do is use a charger with an infected phone. But good news, at least, these researchers are doing their job by telling us about their work that could potentially harm mobile consumers.

Called as ‘BadPower’, this attack can corrupt and damage especially the fast chargers. It can be used to set device on fire or even melt a charger. It sounds bad but it shouldn’t happen in future because vendors and OEMs are being warned at the moment. Hopefully, this discovery will help in the development of better security standards.

This BadPower technique was shared by Xuanwu Lab which is a research unit at Tencent. The security researchers were kind enough to share their work. It starts by corrupting the firmware of those fast chargers. They actually tested 35 fast chargers from 234 models. Of the 35, 18 were found to be very vulnerable. That means they can be corrupted and overheat.

In case you’re not aware, fast charges work by using a firmware that communicates with a connected device. It then discusses charging speed. With BadPower, the firmware can be update to do bad things like default charging parameters that may result to more voltage that it can handle. It can then damage or degrade the charger, eventually heating up, burning, or melting.

Such an attack is usually silent. You won’t know it has happened unless the charger finally heats up. You don’t want to wait for that but good thing a firmware update is ready. Watch demo video HERE.