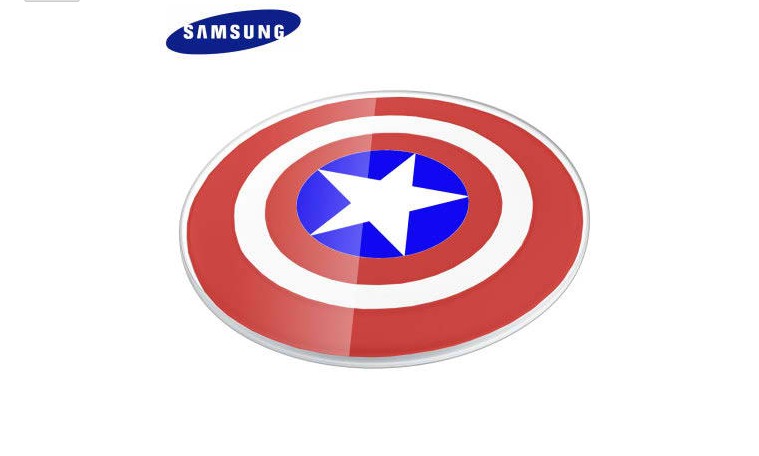 As the Avengers: Age of Ultron continue to break box-office records, fans will continue to look for movie tie-in merchandise. Last week we got Avengers-themed cases for the Galaxy Note 4, and of course you would expect nothing less for their new flagship, the Galaxy S6. Samsung has now announced that yes, the new smartphones are getting their own Marvel character cases, with a surprise accessory thrown into the mix.

Owners of the Galaxy S6 will now have the option of using these Avenger themed smartphone cases to make them (or at least their gadgets) feel like a superhero. You can choose to go red and gold with Iron Man, green with the Hulk, Blue and a bit of red with Captain America, and Red and silver with Thor. And if you’re into the all-American hero (that’s Cap if you didn’t know), then you can also get a nice-looking wireless charging pad in the shape of the vibranium-steel shield of the first Avenger. Sorry Hawkeye, Black Widow, and the twins, apparently you’re not that popular to get your own smartphone case. 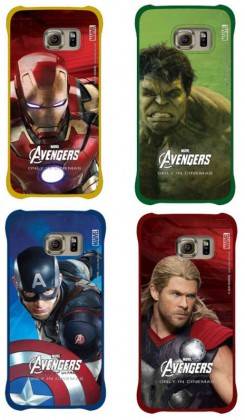 Samsung and Marvel have been pretty gung-ho about their partnership, releasing a couple of videos under the Samsung Avengers name, showing some popular athletes and a couple of fans who have taken on the personas of the different Avengers. The videos are actually part of a promo for the Galaxy S6 and for an Avengers game/app on the Gear VR, which doesn’t have a large market yet, but maybe having the chance to play or experience something like this may bring in more users.

But if you don’t have a Gear VR but have a Galaxy S6, then you’ll be satisfied with the cases and wireless charging pad for now. Each case costs $54.99 and the charging pad will sell for $69.99. They will be sold on Mobile Fun, and stocks are expected to arrive in the next 3-5 days.