Anybody who’s anybody in the smartphone and mobile device industry is at the MWC 2015 in Barcelona, including famed antivirus and security software experts Avast who have themselves just announced two new mobile apps that will aim to “clean up” our phones. “Avast GrimeFighter” is a no-nonsense clean up app, while “Avast Battery Saver” says it all in the name. 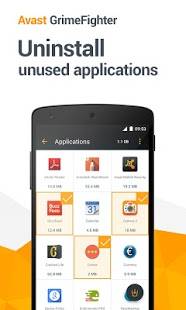 The Avast GrimeFighter is one among many apps who claim to optimize the clean-up of trash and unwanted data and information in your phone. The problem with other apps is that either they’re too aggressive in their task – deleting stuff you really don’t want deleted – or that they’re to weakly programmed and unable to do what they need to do. Plus, being free apps, they constantly bug you about installing other apps from that developer. The Avast GrimeFighter is none of these – it’s a solidly-designed cleanup app, with a simple and straightforward interface and has a better logic for suggesting which files to delete. Get it free via the Google Play Store here. 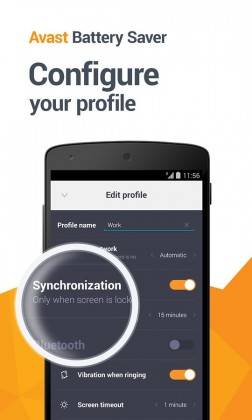 The Avast Battery Saver is all that it claims to be – a battery saving app that actually does what it advertises. That’s more that you can say about most of the apps out there who claim to “extend battery life”. We installed the app on an LG G2 with 50% battery life. With a few straightforward settings, we were able to extend the battery life (at 50%) to around 8 hours. Wow. That’s a great app right there. Go and get it free at the Google Play Store here.

Sometimes, it takes an expert to put out an app that actually works. Avast has been in the industry of security software and antivirus for a while now, and it’s one of the trusted names in the business. The new apps are solid, go and give them a spin.