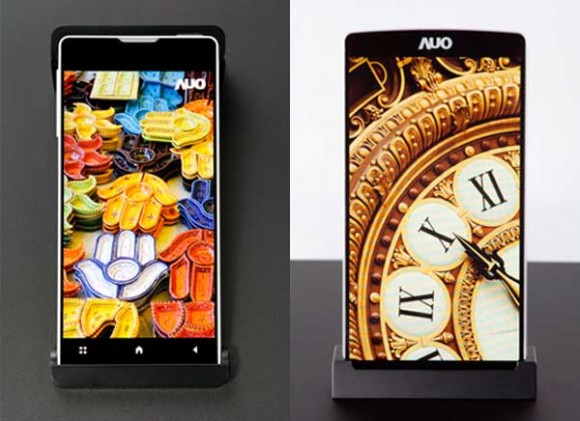 AUO has shown off a new screen for mobile devices. This 4.46-inch screen features what AUO claims to be the smallest border on any screen. The displays use proprietary technology that uses low-temperature poly-silicon (LTPS) technology. AUO’s technology allows them to build a screen with a tiny 1 mm border.

Besides the tiny border, the display also has a 720p resolution. AUO also claims that the minuscule 1 mm border actually makes content on the screen appear larger. AUO is also bragging on its other display technologies, including AMOLED, IGZO, and AHVA.

One of the newer technologies is AHVA, which stands for Advanced Hyper-Viewing Angle. As you can probably guess, this allows users to see the screen from wider angle without a loss in quality. So far, AUO has developed AHVA panels ranging in size from three-inches to 15.6-inches. The screens have been used in devices such as digital cameras, smartphones, e-readers, car displays, tablets, and ultrabooks. AUO currently has a 4.97-inch AHVA screen in mass production.

AUO is certainly busy with other technologies. AUO has a 4.65-inch AMOLED panel that has a resolution of up to 317 ppi. AUO also talked about a 10-inch panel aimed at tablets using IGZO technology. That screen has a 2560 x 1600 resolution.